On Wednesday, U.S. stocks benefited from a news report that said the U.S. and China are moving closer to sign the “Phase One” trade deal. This long-awaited agreement remains as one of the biggest challenges for the stock markets. As a result, major averages reversed a trend and achieved a positive result.

The information regarding the trade talks came from the people familiar with the negotiations process. Based on the information, two countries were able to move closer to sign this agreement. It means that the U.S. and China will have to cancel some of the tariffs as part of the so-called phase-one trade deal. 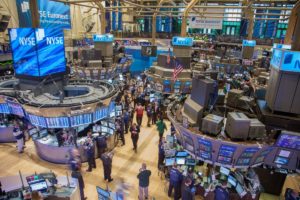 Moreover, U.S. President Donald Trump made a comment about the trade deal. Trump stated that trade talks with China were going well.

This news came at a crucial time for the stock markets. On Tuesday, the Dow Jones Industrial Average fell by 280 points. At one point the index even declined by 457 points after Trump stated it might be better to wait until the presidential election. It was the third day of losses for stocks as traders worried about the future of trade deal.

On Wednesday. France, as well as other European Union members, promised to retaliate against potential U.S. tariffs on French products.