Unemployment in Australia and Asian Stocks

On Thursday, Australia’s Bureau of Statistics released the data that underlined the state of the local economy. According to the bureau, seasonally adjusted employment in April fell by 594,300 people compared to March. This information had a negative impact on the stocks across the Asia Pacific.

Furthermore, mainland Chinese stocks declined on Thursday. The Shanghai Composite fell 0.96% to around 2,870.34. In the meantime, the Shenzhen Composite decreased by 0.941% to approximately 1,805.70.

The U.S. Federal Reserve and stocks 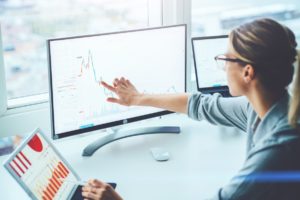 The U.S. Federal Reserve is the most famous central bank in the world. It is not surprising as the U.S. dollar is the global currency. Moreover, the U.S. has the largest economy in the world, and as well as the country spends hundreds of billions on the armed forces.

Recently, U.S. Federal Reserve Chairman Jerome Powell said that despite the measures, more may need to be done to boost the economy. It is not surprising as the coronavirus pandemic created enormous pressure on the economy. Millions of Americans across the country lost their jobs. Many of them decided to seek unemployment benefits. Moreover, some of the companies will go bankrupt. Hopefully, the Federal Reserve is ready to take additional steps to support the economy.