The United States and China Resume Negotiations on Tuesday

Home » The United States and China Resume Negotiations on Tuesday

Negotiators from the United States and China will meet again in China this week. The talk will resume after a three-month hiatus in Shanghai, China.

Expectations for an agreeable negotiation have faltered after months of hoping. Representatives of the United States are scheduled to have the two-day talk starting on July 30 (Tuesday).

Last month, President Donald Trump and Xi Jinping reached a truce during a meeting on the sideline of the G20 summit at Osaka, Japan.

The market’s confidence deteriorated further after both sides gave mixed signals. Recent reports say that neither both giants showed urges to compromise.

After their meeting on the G20 sidelines, US President Donald Trump said that Washington would ease on Huawei’s sanctions.

Trump also said that the Chinese government agreed to purchase agricultural goods from the United States. However, a week ago, President Trump said that China is not fulfilling its promise.

Chinese officials also claimed that Washington did not lift the sanctions enforced to the Chinese telecom giant. According to a report, Trump has already talked to tech executives about the ban on exporting to Huawei.

The extended tariff war between the two largest economies in the globe continues to worry traders and investors.

China’s economy has been reportedly slowing down with tariffs weighing it down. But China isn’t the only country affected.

Just last week, the International Monetary Fund (IMF) reduced its global growth outlook. The decline was said to be the lowest since the financial crises.

According to the international lender, the tariffs imposed by the United States and other global events slowed down the growth. 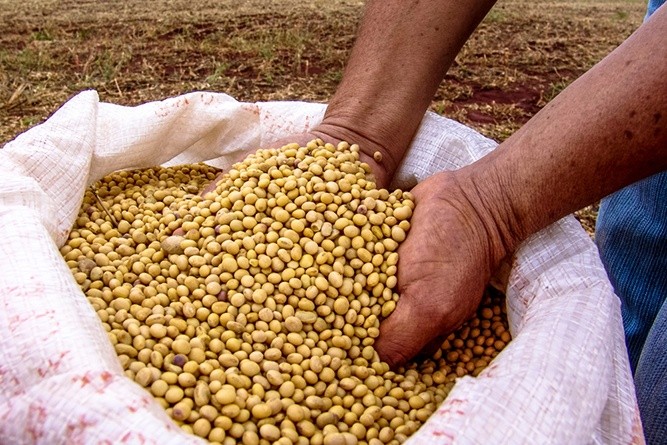 As the negotiation resumes, Companies are expected to sign deals regarding US Agricultural products. The agreement is expected to be free from additional tariffs o retaliatory sanctions.

A report from Chinese state-owned media said that some businesses applied for exclusion from paying regulatory taxes. The companies have purchased agricultural goods such as soybeans, pork, sorghum, and cotton.

Chinese companies are hoping to buy more products if it continues to meet price and quality standards.

Another report said earlier this Monday that some local companies have approved buying tax-free US farm goods.

China is the biggest soybean market in the globe, and the United States exports a large quantity to it. Soybean sales have dived in the first half of the year due to the trade war.

Data from the soybean sales showed the weakest level in more than ten years, and the tariff war was reportedly the cause of its slump. The US market is hoping to recover with the help of the agreement.

More on the US

The United States Federal Reserve is set to launch on Wednesday the fifth rate cut campaign. The interest rate cut will come in spite of useful data in the US economy.

Fed policymakers said that they also think that the US market looks robust. Some analysts are saying that the decision to cut rates may just be once.

Experts are also saying that the cut may be enough to prevent a recession feared by traders and investors. The concerns for depression have grown because of the trade war between Beijing and the slowing economies of other countries.