US Dollar Plummets Ahead of Fed Meeting

Home » US Dollar Plummets Ahead of Fed Meeting

The US dollar skidded lower against a basket of other currencies on Tuesday ahead of this week’s Federal Reserve meeting. Meanwhile, the yen stayed buoyed amid concerns over the outlook for global growth.

The US dollar index, which measures the greenback’s strength against a basket of six other major currencies, inched down to a one-week low of 96.42.

With the Fed widely expected to deliver its fourth rate increase this year at the conclusion of its two-day policy meeting on Wednesday moves in the dollar will be guided by its forward guidance.

“We are expecting a dovish hike by the Fed. The data has not been tepid enough for the central bank not to hike in December,” said Rodrigo Catril, who is the senior currency strategist at NAB.

Senior officials including Fed chairman Jerome Powell, have recently become more careful about the policy outlook that emphasized a shift in the market sentiment from a few months ago on worsening signs of sluggishness in the global economy.

Even though the US central bank’s latest median dot plot projections from September suggested its willingness to raise rates three times in 2019, the interest rate futures market is pricing in only one more rate hike in 2019.

This disconnect most reflects a belief that higher US borrowing costs will likely hurt US growth and will eventually force the Fed to slow the pace of rate hikes.

The US economy, which has been growing strongly this year, has started to show signs of running out of steam, adding to the growing evidence elsewhere including China and Europe of slowing momentum.

Yet it may not be all dark for the greenback. Some analysts think that the dollar strength can return if the Fed remains relatively confident about the coming year’s monetary tightening direction.

“Most investors expect the central bank to be less hawkish so if the Fed makes it clear that further rate hikes are needed and there’s still scope for 3 rounds of tightening, the dollar will soar regardless of Powell’s concerns about the economy,” said  Kathy Lien, who is the managing director of currency strategy.

In a tweet last night, US President Donald Trump made another attack at the Fed’s expected rate increase this week, saying that it was “incredible” for the central bank to even consider tightening given the global economic and political uncertainties. The markets, on the other hand, looked past Trump’s comment on the Fed. 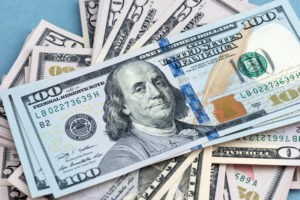 The dollar was weaker against the Japanese yen, with USD/JPY shedding 0.31 percent to trade at 112.48 as risk aversion underpinned safe-haven demand.

“The Japanese yen and Swiss franc are likely to take on the mantle of safe-havens from the greenback for the time being,” said NAB’s Catril.

Yen traders are also focusing on the Bank of Japan’s meeting on December 19 to 20, at which it is widely expected to keep policy ultra-loose as inflation remains well below its target.

The pound was also higher, with GBP/USD gaining 0.32 percent to 1.2657 amid an ongoing political deadlock over Britain’s efforts to exit the European Union.