US stock futures slipped and Asian shares stumbled on Thursday after a rare revenue warning from Apple Inc added to worries about slowing global growth and weaker earnings and jolted currency markets.

Apple blamed fewer iPhone upgrades and slowing sales in China in its latest quarter, its first such warning since 2017. Its shares tumbled in after-hours trade.

The news sparked a “flash crash” in holiday-thinned currency markets as investors rushed to less risky assets, with the Japanese yen rocketing against most major currencies in a matter of seconds.

MSCI’s broadest gauge of Asia-Pacific shares outside Japan slipped 0.6 percent after an early attempt at a bounce. Japanese markets were closed for holidays but Nikkei futures shed 2.2 percent.

Shares in China and Hong Kong oscillated between gains and losses as waited for the Chinese government to roll out fresh support measures for the sluggish Chinese economy.

“Chinese authorities have got the luxury of having control not just of the fiscal parts of the government tool case, but also the monetary parts… and I suspect the Chinese authorities will use that,” said Jim McCafferty, who is the head of equity research of Asia ex-Japan at Nomura.

China’s central bank said late on Wednesday said that it was adjusting policy to benefit more small firms that are having trouble obtaining financing, in its latest move to ease strains on the private sector, a key job creator.

While more fiscal and monetary policy support had been expected in coming months on top of modest measures last year, some analysts wonder if more intense stimulus will be needed to stabilizes the world’s second largest economy.

“Despite a more pro-growth policy stance, effectively since mid-2018, we expect growth to continue to slow in the foreseeable future as it appears to us that the government’s policy is still behind the curve,” said economists at BofA Merrill Lynch in a global search report. “In our view, the next significant stimulus may only occur when the government senses that financial stability is in jeopardy.” 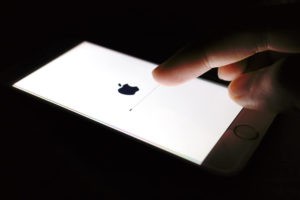 Australia bucked the trend, with the ASX 100 jumping 1.4 percent after the previous day’s drubbing. A sudden slump in the Aussia dollar, which slipped to near decade lows at one point, boosted shares of miners and other resource exporters despite the weakening China demand outlook.

The volatile day for Asia following the wild swings on Wall Street overnight, where shares slid in early trade on growth worries before clawing back losses as surging oil prices pushed gains in energy shares.

“The fall in the EM manufacturing PMI last month was fairly broad-based and supports our view that growth in the emerging world as a whole will slow this year,” said Gabriella Dickens, who is an economist at Capital Economics.

PrevPreviousDay Trading and the Characteristics of Day Trader
NextDaily Market Charts and Analysis January 3, 2019Next