Home News Economy WeWork’s problems may come to an end 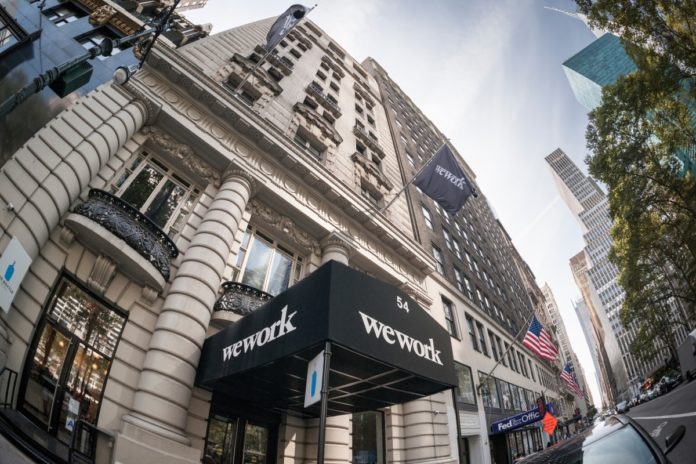 Once a thriving U.S. commercial real estate company is in a tough situation. WeWork which is offering co-working spaces around the world is struggling to deal with the problem. However, this was not always a case as WeWork had an ambitious plan to go public. However, it had to scrap the plan regarding the Initial Public Offering.

Right the management of WeWork has to deal with more critical problems. The most significant is to avoid the risk of bankruptcy. Also, it has to find the money to pay for the debts it accumulated, and this is another issue.

According to the information, WeWork is close to accepting a bailout plan created by the SoftBank. It is worth mentioning that the real estate company has two options. The first one is to receive a bailout plan of SoftBank. The second one is to accept a syndicated debt package led by J.P. Morgan.

SoftBank is the largest external shareholder of WeWork, while J.P. Morgan is the third-largest after SoftBank and Benchmark.

There are several reasons why it is more likely that WeWork will accept a bailout package of Softbank. The J.P. Morgan is not willing to overvalue the company by putting in more equity. According to the source who is familiar with the situation. Another problem is the issue connected with the ex-CEO and one of the founders of the company Adam Neumann.

SoftBank is ready to pay Neumann $1 billion for his shares. Also, the bank will pay $185 million for consulting. This is not the end of the story as SoftBank will offer Neumann $500 million in credit. This credit will help ex-CEO to return the money he owes to J.P. Morgan.

WeWork’s board most likely will meet on Tuesday to decide the fate of the company.

The number of millionaires in the world 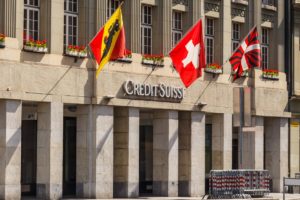 Credit Suisse, which is a multinational investment bank from Switzerland released a Global Wealth Report. Based on this report, the number of millionaires increased by 1.2 million from the Middle of 2018 to the middle of 2019.

It means that despite the ongoing trade war as well as slow global growth more people obtained the status of a millionaire. Another important fact worth mentioning is that 46.8 million millionaires total wealth is more than $158.3 trillion. It means that they are controlling 44% of the world’s total wealth.

For the first time in history, the number of affluent Chinese citizens surpassed the number of Americans who made to the list. According to Credit Suisse, there are 100 million Chinese people among the world’s top 10% wealthiest people. Meanwhile, U.S. citizens are behind with 99 million rich people.

Nevertheless, the U.S. is leading when it comes to the super-rich. Out of 46.8 million millionaires, 40% of them are U.S. citizens.

The third-place belongs to Japan, with 3 million wealthy citizens. It means that wealthy people from Japan represent 5% of the total number of millionaires.

Based on Credit Suisse’s forecasts in 2024, the number of millionaires will reach almost 63 million. Getting rich is great, but leaders have to tackle the problems connected with income inequality.