The price of WTI oil turned positive on Tuesday and settled at $10.01 per barrel. Since January, the cost of West Texas Intermediate oil has dropped 84%. Trading was light, and most of the investors were looking ahead to June. However, the delivery rate of WTI crude for June also plunged. It closed at $11.57 per barrel. 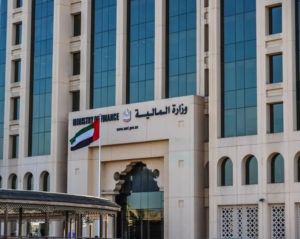 Bjornar Tonhaugen, the head of oil markets at Rystad Energy, said that typically there is some volatility at the end of the contract period.

Low demand, increased supply, and lack of space to store oil are the reasons for the drop in US oil below zero.

Randy Giveans, a Jefferies analyst, stated that a lot of oil exists with no place to store it right now.

John Browne, former BP chief, said that it is very reminiscent of a time in the mid-80s when the same situation happened. There was too much supply, too little demand, and oil prices stayed low for 17 years.

There is uncertainty about the recovery of oil prices. Even once the closedowns end, refiners will need some time to get back up to speed, Tonhaugen stated. Currently, there are no indications of a return to regular activity, many experts say. Many institutions have emphasized the darkness of the perspective of the oil prices.

Saudi Arabia and some other OPEC countries are considering reducing production even earlier than May. Algeria has proposed to cut output at OPEC + be launched ahead of schedule.

The fall of world oil markets has pushed Saudi Arabia and plunged the country’s economy into its deepest recession in two decades.

The world’s largest exporter of crude oil, which is closed to curb the spread of the Coronavirus, is preparing for the second economic blow to the market. Additionally, an unprecedented record drop in output from OPEC and its allies reduced the Saudi government’s revenue.

Brent crude traded below $19 on Tuesday. This is a quarter of what Saudi Arabia needs to balance its budget.

The economy is still dependent on crude oil. Saudi officials have made significant progress in the program. They expanded emerging businesses such as the entertainment sector and raised the government’s non-oil revenue through taxes and duties.

Economists suppose Saudi Arabia’s gross domestic product to fall by more than 3% this year, the most significant recession since 1999.