As traders feel some concern for supplies, WTI crude and Brent oil jump over one percent in sessions.

West Texas Intermediate or WTI crude oil prices went up by 1.23% or 0.66 points in Wednesday’s trading. A barrel of WTI crude currently costs around $54.28, edging higher from its previous close of $53.6.

Just recent WTI crude prices experienced its longest losing streak after US manufacturing data fell. The weight of the US-China trade war on exports caused the US manufacturing activity to fall to 10-year lows.

Based on data from the American Petroleum Institute (or API), WTI crude stocks fell last week. According to the oil inventory report released by API, crude stocks declined by 5.9 million barrels.

US crude stocks failed to reach forecasts for an increase of 1.6 million barrels.

The Energy Information Administration will also issue its weekly report this Wednesday.

Should Traders Be Worried? 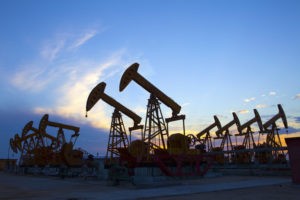 One of the questions that now linger on oil traders’ minds is should they be worried about supplies? Petroleum and oil production fell after the draw in WTI crude stocks last week and the incident in Saudi Arabia.

According to reports, Saudi Aramco has finally restored oil production at Abqaiq and Khurais oilfields. Local reports say that oil production in Saudi Arabia will return to normal sooner than expected.

The Abqaiq oil field currently restored its capacity to 4.9 million barrels per day. However, the current levels have not reached its pre-attack capacity of 5.5 million BPD.

Meanwhile, the Khurais oil field has restored its operating capacity at 1.3 million BPD. Despite efforts to restore the facilities, it is still below the 1.5 BPD mark.

Once oil production in the region returns to normal, WTI crude and Brent oil prices would decline back to levels before September 14.

The company, operating 400,000 BPD, is partly owned by RongSheng Holdings. Zhejiang has a contract with Saudi Arabia and Saudi Aramco of up to 170,000 BPD.

Last month, the company has exchanged 1 million barrels of Arab light crude oil for Arab heavy crude4. However, the transaction between the two was delayed by 2-3 after loading oil to tankers.

The attack on Saudi Aramco last month has also disrupted the production and business of both parties. According to officials from both sides, the exchange between the two will return to normal this month.

The officials also said that Saudi Aramco has met Rongsheng’s desired volume of crude oil and the loading dates. Zhejiang Petrochemical is in Zhoushan city, China, and produces 1.2 million tons of ethylene each year.