Yen Strengthens against the Dollar on Huawei Arrest

Home » Yen Strengthens against the Dollar on Huawei Arrest

The safe-haven yen edged higher against the US dollar on Thursday as the arrest of a leading Chinese executive in Canada threatened to worsen the trade tensions between the US and China, compelling investors to move out of riskier assets.

Meng Wanzhou, who is the CFO at Huawei, was arrested in Canada for allegedly breaching the Iran sanctions, following an extradition request by the US.

China criticized the US and Canada for the arrest and demanded her immediate release.

The arrest, which came after less than a week after US President Donald Trump and his Chinese counterpart Xi Jinping agreed to a 90-day ceasefire, threatened to reignite the trade war between the world’s two largest economies.

Market sentiment had firstly been boosted by the trade ceasefire. However, the mood quickly soured on skepticism that the two sides can reach a substantive deal within the 90-day timeframe.

Concerns about a US economic slowdown have also hit markets this week after an inversion in a part of the US Treasury yield curve triggered worries about economic weakness. A flatter curve is seen as an indicator of a sluggish economy.

The 10-year Treasury yield slipped to a three-month low of 2.885 percent on Tuesday and last stood at 2.899 percent.

“The dollar could remain under pressure until this month’s Fed meeting as long-term Treasury yields may not be able to mount a rebound until the market sees the Fed’s stance on policy and the economy,” said Junichi Ishikawa, who is the senior FX strategist at IG Securities in Tokyo. “The recent reaction to the US yield curve inversion appears a little hysterical, but the dollar will not be given the all-clear sign until the Fed meeting is hurdled.”

Fed policymakers are set to gather at a December 18 to 19 meeting, at which the central bank is widely expected to increase interest rates. The attention is now on the number of rate hikes the Fed could do in 2019. 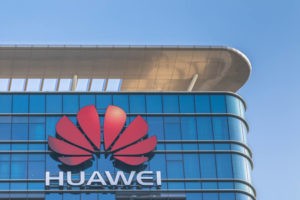 The euro was a shade lower against the dollar, with EUR/USD slipping 0.08 percent to 1.1334, after easing back from this week’s high of 1.1419 reached on Tuesday.

The US dollar index, which gauges the dollar’s strength against a basket of six other major currencies, was little moved at 97.05.

The Australian and New Zealand dollars, usually considered as barometers for global risk appetite, were also lower, with AUD/USD dropping 0.55 percent to trade at 0.7230 and NZD/USD down 0.38 percent to 0.6870.

The pound inched lower, with GBP/USD last changing hands at 1.2727 as investors got ready for a key parliamentary vote on the Brexit deal on December 11, amid concerns over the possibility that the vote will pass.