Top US Federal Reserve officials (Fed) say that a strong economy will possibly keep the bank’s increase plan intact, but on Monday a key signal, which is the yield curve, started to waver, and that may intensify the arguments about whether conditions are as solid as they appear to be.

The gap in interest rates between 2-year and 10-year Treasury securities narrowed to its smallest in more than a decade, slipping lower than 0.15 percentage point.

That gap, or “spread,” is regarded as a particularly important benchmark among some central bank officials for gauging recession risk and weighing investor doubt about the future.

Investors typically demand higher yields to commit money for longer periods of time. When shot-term yields move higher, it can indicate doubt about the near future. An inversion of the yield curve has preceded past recessions.

In fact, one part of the yield curve has already inverted. This took place between 3-year and 5-year notes. The spread between the two slipped to negative 0.1 percentage point on Monday. It was the first time that has happened since 2007.

During the past months, the concerns about the yield curve had eased. However, its sudden narrowing last Monday could disrupt and change what had seemed a strong approach at the Fed to continue raising rates through 2019.

The yield curve “tells me that it’s wise to be patient here,” said Kaplan in an interview in Laredo, Texas, where he is set to meet with business leaders and bankers. Kaplan, who is a former Goldman Sachs banker who says he looks at the yield curve several times a day, said that the narrow gap between two-year and 10-year Treasuries shows the expectations of slow global growth. 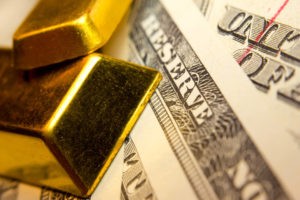 Along with the fresh narrowing of the yield curve, economists were parsing a conflicting set of new data. A poll of supply managers indicated manufacturing output would grow, but the same survey indicated weaker prices. On the other hand, a decline in construction spending led some analysts to mark down their forecast for gross domestic growth.

In separate remarks on Monday morning, Fed vice chair Randal Quarles said that the central bank, although “data dependent”, was following a strategy that would not be thrown off by “every wavering” of economic statistics.

The strategy has led the Fed to slowly but steadily raise interest rates, with a hike expected in December and three more next year.

“We should be data-dependent but not reacting to every wavering of the needle across the dial…We have described in all the communications tools a path that is pretty clear,” said Quarles. “We are following a strategy and taking account of data over time as it comes in and in response to significant changes in direction.”

Even as the announcement of the ceasefire in US-China trade tensions seem to ease one risk that the Fed had seen on the horizon, the action in the bond markets said another.