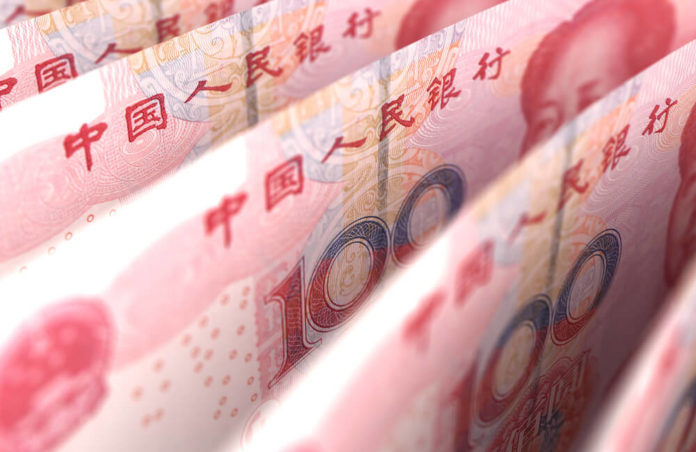 The Chinese yuan retreated after the US Treasury withdrew China’s currency manipulator label ahead of the phase one trade deal’s signing ceremony.

The offshore yuan posted a five-month high of 6.8662 earlier in the session, before easing to trade at 6.8848 per dollar.

The onshore yuan ended domestic trading at 6.8854 per dollar to record its strongest domestic session since July 2019. The currency, however, was weaker than the six-month high of 6.8661.

So far this month, the Chinese currency has risen by 1.1%.

The yuan could gain further due to upbeat valuations for Chinese assets boosting global demand for the currency.

Shares in Shanghai had risen nearly 1.9% this month, adding to the 6.2% surge in December amid trade talk optimism.

Equities in Hong Kong also gained alongside the yuan.

The yuan’s initial optimism was mainly driven by the US Treasury’s decision to reverse China’s designation as a currency manipulator.

US Treasury Secretary Steven Mnuchin said the decision was made after the country agreed to refrain from the devaluation of its currency. Moreover, they are avoiding sharing more information about their exchange rates.

China’s de-labeling signaled further cooling of trade tensions. And ensures the eventual signing of the phase one agreement at the White House on Wednesday.

Washington officially named Beijing as a currency manipulator in August when the dispute was deep between the US and China.

The yuan at that time took a dive as the fx market grew concerned over the escalating trade war.

Looking ahead, analysts of a New York-based financial services see additional support for the yuan on US President Donald Trump’s promise to begin phase two of trade negotiations soon.

However, several investors expressed doubt over the yuan’s rally.

A senior trader at a foreign bank in Shanghai said support from the phase one trade agreement has already materialized. Hence there is some profit-taking going on.

Chief China economist Wang Tao also expects economic headwinds and external uncertainties, such as the US presidential election, to keep the yuan within the 6.8-7.1 per dollar range in 2020.

When the economy slows down further after a brief debt-driven improvement in Q1, the dollar-yuan pair will regain upside traction, according to a Dutch financial services group.