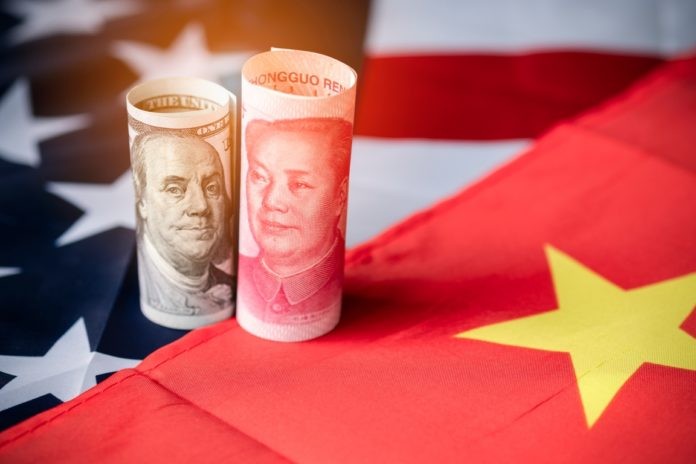 The Chinese yuan hit its highest point in 16 months against the U.S. dollar on Tuesday. New Chinese data pointed at economic recovery after the pandemic shutdowns. However, the dollar declined as risk appetite improved.

The Chinese yuan rallied in both offshore and onshore trading. The offshore yuan surged forward to 6.7725 versus the greenback before lowering slightly. China’s industrial output accelerated, while retail sales grew for the first time this year, surpassing analysts’ forecasts.

Lee Hardman, the currency analyst at MUFG, stated that the latest monthly activity data provides encouragement that positive cyclical momentum in China will be sustained through the rest of the year. According to him, the data was a supportive development for Asian and commodity-related currencies such as the Aussie.

Meanwhile, the U.S. dollar tumbled down, but it managed to recover some of its overnight losses in early London trade. The dollar index was 0.1% lower at last. U.S. industrial production data is due later today. Furthermore, the market is waiting for the Federal Reserve’s two-day policy meeting, which is starting on Wednesday.

ING strategists noted that another good August industrial production figure out of the U.S. today should maintain a positive mood. They also added that the dollar index could still drop to 92.50.

Riskier currencies gained on Tuesday as the hopes for a COVID-19 vaccine bolstered sentiment. On Saturday, British drugmaker AstraZeneca restarted its vaccine trial in Britain. However, it remains on hold in the United States.

The Australian dollar increased after the country’s central bank meeting showed no signs of a further cut to record-low interest rates. It traded at 0.7323, higher by 0.5% on Tuesday. The New Zealand dollar also surged forward by 0.3% versus the U.S. dollar, while the Canadian dollar jumped by 0.2%.

The Swedish crown climbed up by 0.1%. On the other hand, the Norwegian crown tumbled down by almost 0.3%, taking a hit as oil prices extended their fall.

The euro edged up 0.2% versus the dollar at $1.1891. However, the pound remained mostly unchanged.