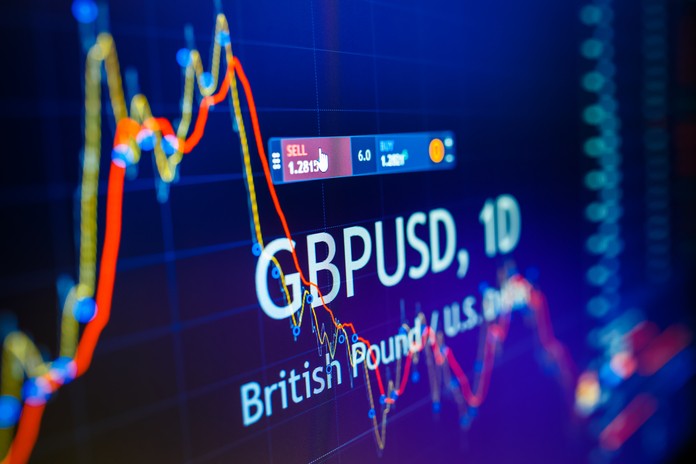 GBP/USD is the forex ticker that represents the value of the British Pound against the U.S. Dollar. It shows how many dollars are needed to buy a British Pound.

Alongside the U.S. Dollar, Japanese Yen, and the Euro, the British Pound is the third most held reserve currency. The Pound Sterling is also the 4th most traded currency in the Forex market. Average trading volumes sit at about USD 330 billion.

The British Pound (GBP) is also referred to as Pound Sterling, or simply the Pound, with the GBP/USD currency pair referred to as Pound Dollar. The GBP/USD is also called ‘The Cable’, referring to the first Transatlantic cable that was crossing the Atlantic Ocean, connecting Great Britain with the United States. The term originated in the mid-19th century, which makes it one of the oldest currency pairs.

The Pound to Dollar is one of the oldest and most widely traded currency pairs in the world. It belongs to the group of ‘Forex Majors’, and is the 3rd most liquid currency pairing, accounting for 11% of total transactions in the Forex market. The key drivers for the pairing are geopolitics and macroeconomics.

The Pound Dollar represents two economies: the British and the U.S. It is a widely observed and traded forex pair where the Pound is the base currency, and the U.S. Dollar is the counter currency. After the Brexit referendum, this pair has been suffering some turbulence due to risks related to the abandonment process from the European Union.

The British Pound to U.S. Dollar charts update live and set to candlestick charts and 1-hour time frame. Use the live trading chart with the latest United Kingdom and the U.S. news, and forex education, to trading on the GBP/USD currency pair.

The most recent GBP/USD trading news