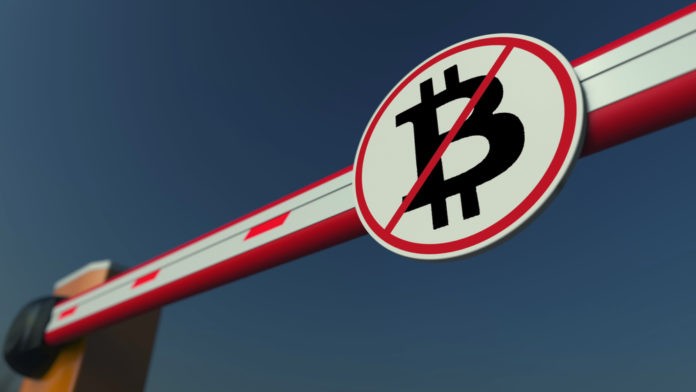 Cryptocurrency exchanges and providers of crypto services are hurrying to cut links with mainland Chinese clients. This comes after Beijing put a blanket ban on all crypto trading and mining last Friday.

Ten major Chinese government entities, including the central bank, are announcing bans on international exchanges from providing services to mainland investors, capping years of efforts to rein in the sector. Huobi Global and Binance, two of the world’s largest businesses and popular with Chinese users, have suspended new account registrations from mainland customers. According to Huobi they intend to clean up the existing ones before the end of the year. “We started taking corrective actions the day we saw the warning,” Du Jun, Huobi Group co-founder, said in a statement to Reuters.

TokenPocket, likewise stated in a client notification that it would terminate mainland Chinese clients who risk breaking Chinese policies and “actively embrace” regulation. It also said that it welcomes Chinese cooperation in blockchain technologies. Several Chinese crypto exchanges shut down after China, previously the world’s largest bitcoin trading and mining center prohibited such platforms from changing legal money into cryptocurrencies and vice versa. Then, in May of this year, China’s State Council declared that bitcoin trading and mining would be prohibited.

According to Flex Yang, founder and CEO of Babel Finance, other Chinese crypto companies have relocated out of China in recent months due to the crackdown. They added that the impact of the latest legislation would be limited.

The first half of 2021 in the crypto markets draws significant parallels to 2017. Bitcoin (BTC) was on a sprint to an all-time high. A new frontier of decentralized finance was emerging, and nonfungible tokens were garnering a slew of celebrity endorsements.

However, BTC’s performance has been significantly less impressive following the initial months of enthusiasm and a subsequent sell-off. Fears have been heightened by the current market sell-off caused by the Evergrande issue. However, several altcoins, particularly platform tokens, have had impressive runs and, in some cases, have even defied broader market trends. For instance, Ether (ETH) gained 497 percent between January and its all-time high in May. While its year-to-date gain is over 300 percent despite a recent drop.

Even ETH’s remarkable increases, however, pale in comparison to competitor platform tokens. Cardano (ADA) has had a significant YTD rise of more than 1,000% despite barely sustaining any actual activity. Solana’s SOL has surpassed that level by more than 8,000 percent since January. It follows a decline from an all-time high above $200. Honorable honors go to Polygon (MATIC), Avalanche (AVAX), and Terra (LUNA), who all had strong rallies in 2021.

Nonetheless, while BTC is not in danger of losing its position as the crypto industry’s flagship asset, skyrocketing altcoins certainly offer more prospects right now for those who believe they can time the markets.