Norway’s interest rate is expected to remain unchanged at Thursday’s meeting. 150 basis points were cut from the benchmark since March 2020, sending the rate at zero percent. The central bank is anticipated to follow the Royal Bank of New Zealand’s decision on August 18 to keep the current interest rate. This was amid the resurgence of coronavirus worldwide. Despite this, analysts are bullish that a rate hike in Norway will start by September. Meanwhile, the sovereign wealth fund (SWF) delivered its highest biannual growth this year, increasing by 9.4% to 111 billion. The gains in the first half of 2021 came from the technology and energy sectors. The majority of the wealth fund is invested in stocks, accounting to 72.4%. Bonds came in second at 25.1% followed by real estate at 2.5% and 0.1% in renewable energies. The 50-day and 200-day moving averages recently formed a bullish crossover. Meanwhile, the MACD indicator shows signs of an upward movement. 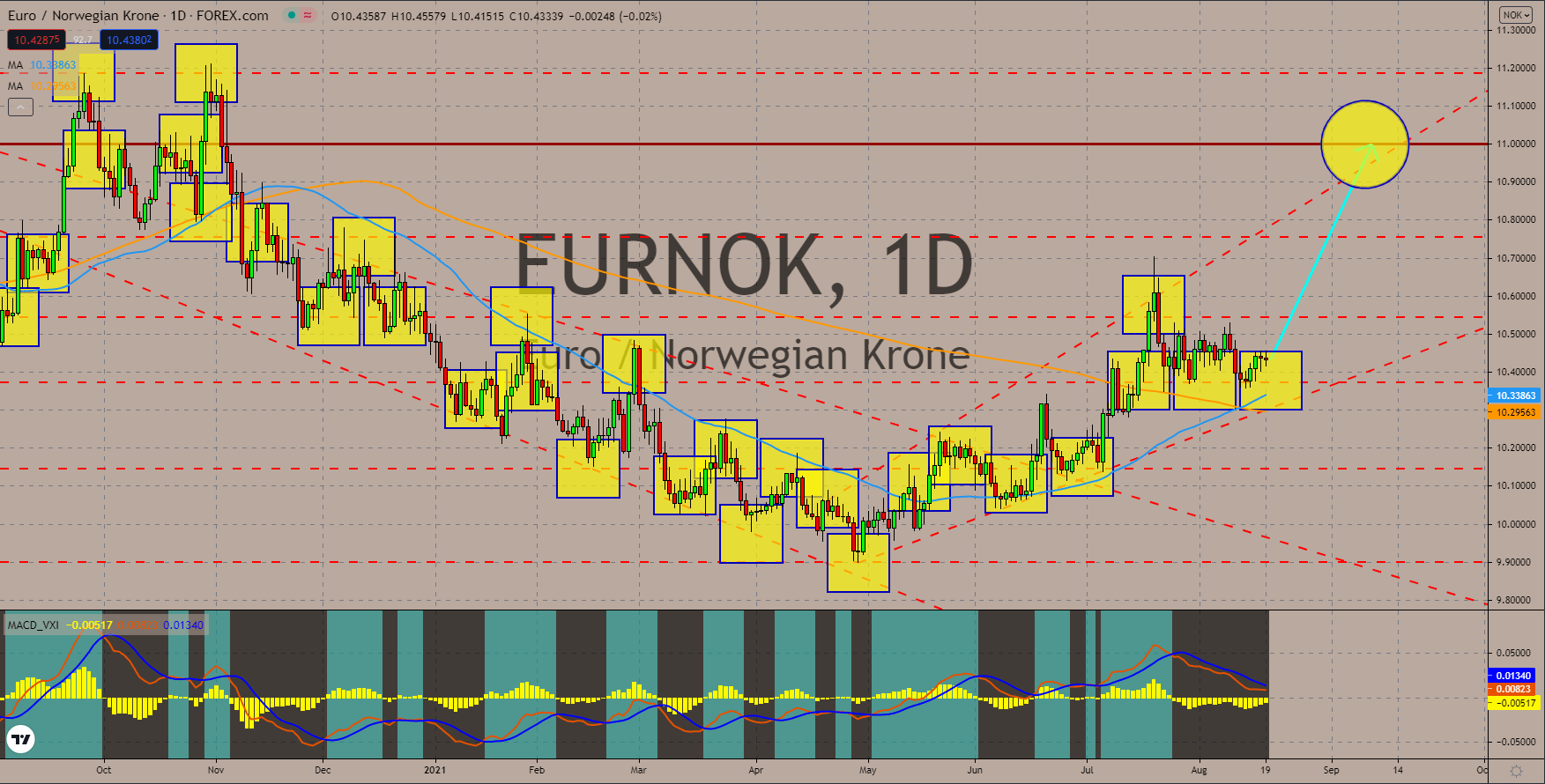 Hungary’s economy unexpectedly grew in the second quarter of the year. Based on the preliminary report, the country’s GDP advanced 17.9%. The figure beats 17.1% analysts’ estimates and -2.1% previously. This marks the highest quarterly growth to date. Finance Minister Mihály Varga said the government’s efforts accounted for 8.4% of the published data. Meanwhile, the quarter-on-quarter result inched higher by 2.7% from Q1. As a result, analysts expect the full year GDP to jump up to 8.0%. In relation to this, Prime Minister Viktor Orban plans to lift tax rebates by 2022 if this year’s growth reached 5.5%. This adds to expectations of another rate hike in the near term. On June 22, Hungary led the first rate hike in Europe. Analysts expect a 30 basis points increase in the interest rate next week to 1.50%. The EURHUF pair fell below the 50-bar moving average at 354.619. Prices will continue the downward momentum to 346.000 all the way to 340.000 level. 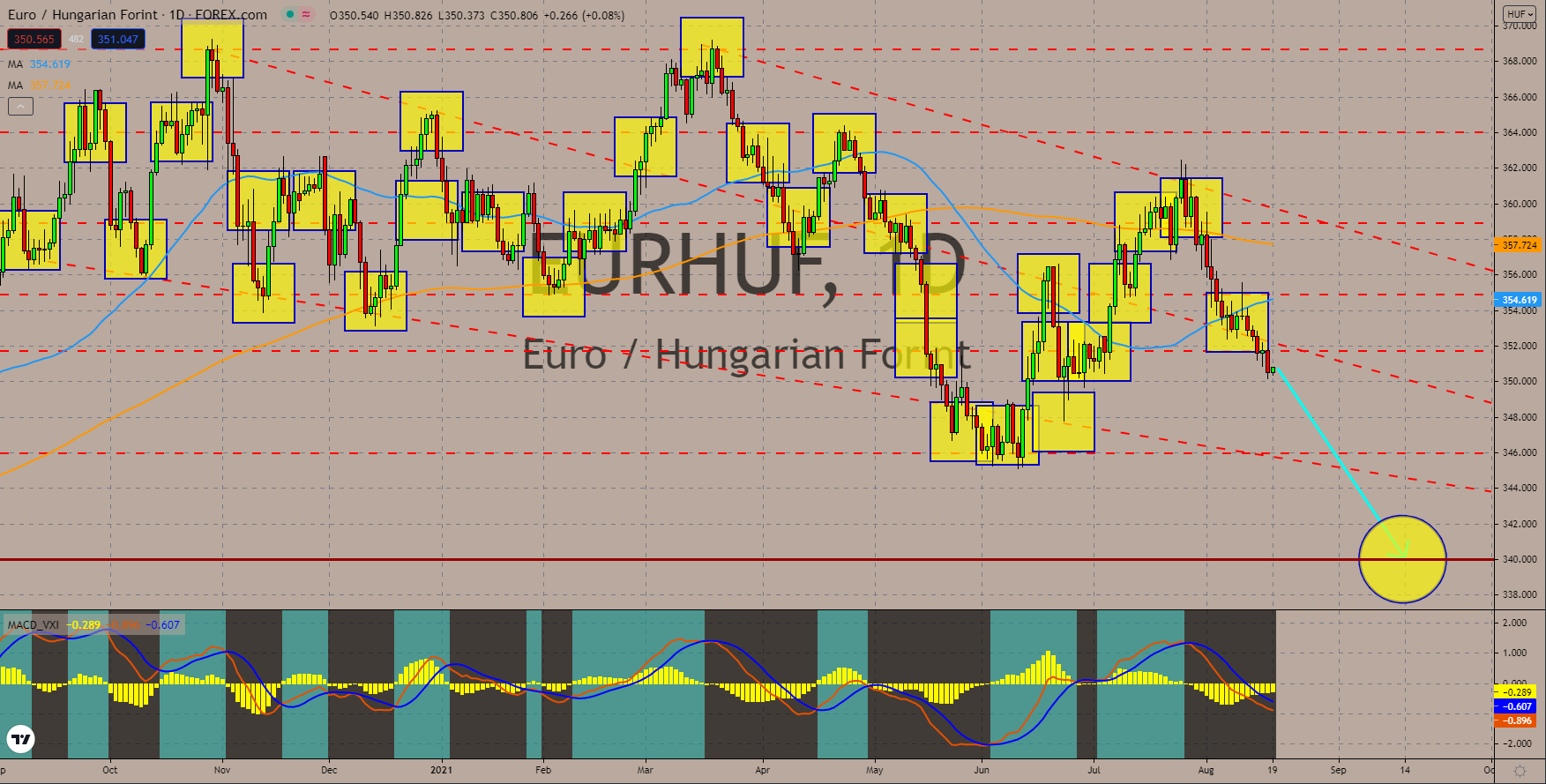 The Central Bank of Russia (CBR) published a 4.6% economic growth from January to June. This sent Russia just 3.0% below its pre-pandemic level. Meanwhile, Rosstat on August 17 posted an increase of 10.3% year-on-year preliminary Q2 GDP report. Compared to Q4 2019, the economy jumped 1.3%. The continued improvement in the Russian economy fuels expectations of further rate hikes. Analysts expect the positive data to send the July unemployment rate to 4.7%. If the actual result comes in line with the estimates, Russia’s labor market will be back to its pre-pandemic level. In other news, Russia is expected to intervene in Afghanistan along with China as the US pulled out from the country. While Afghanistan is neither an importer and exporter of oil, it sits in 16.2 trillion cubic feet of natural gas reserves and 1.95 billion barrels of crude. In addition, it has minerals estimated to be worth 4 trillion. The pair will continue to trade below the 50-MA. 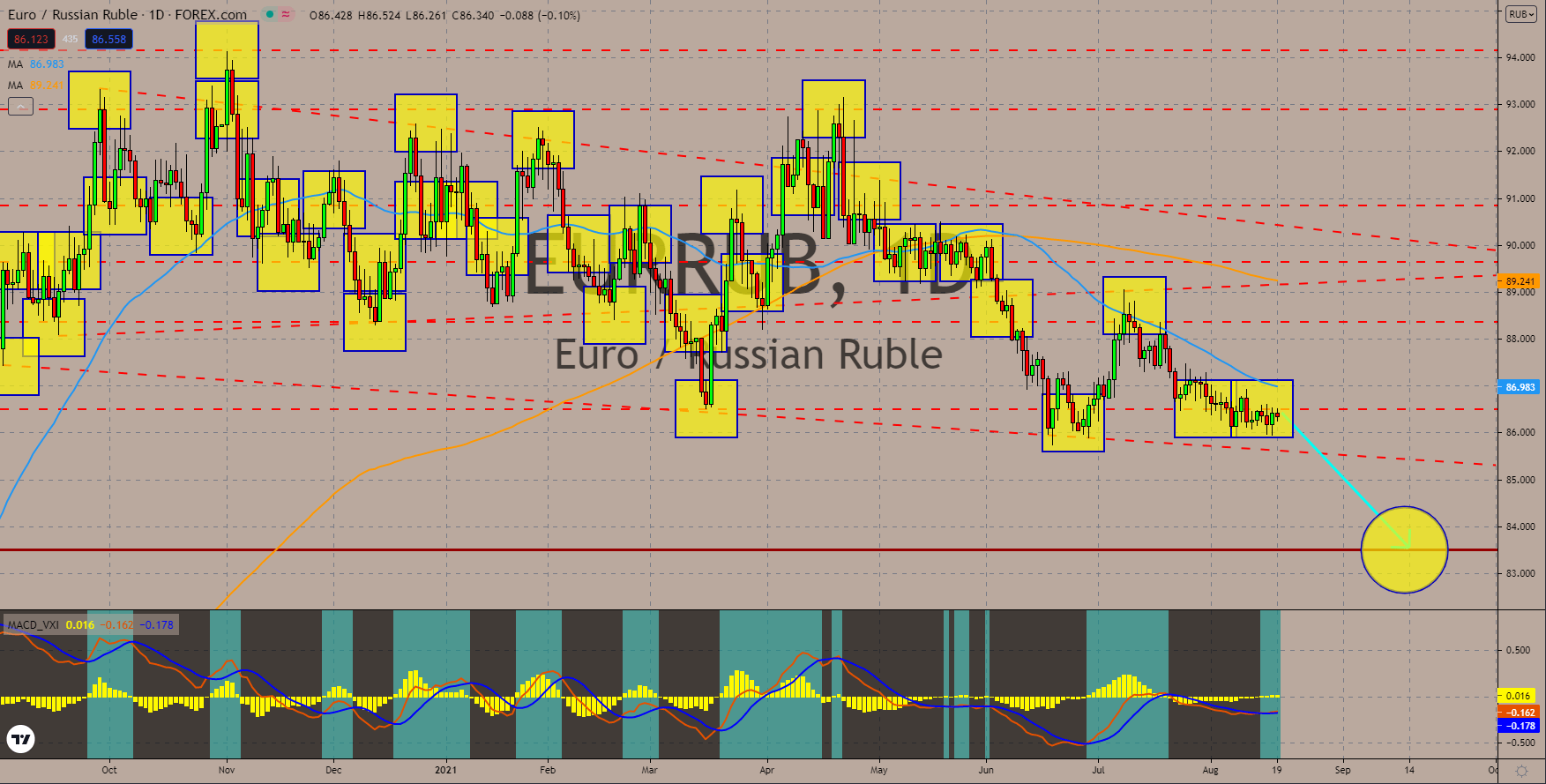 The Eurozone’s consumer price index (CPI) came in at 2.2% year-on-year. The result is in line with analysts’ expectations. It is also higher from the 1.9% record in June. It is also the first time for the currency bloc to meet the European Central Bank’s target. The ECB revised the inflation quota ‘close to, but not below, 2.0%. Meanwhile, net exports came in at 21.8 billion euros. The seasonally adjusted figure is higher than 11.7 billion recorded in May. Higher exports boost the value of the local currency. In the US, the Federal Reserve signals bond tapering this year. This raises pressure for President Christine Lagarde to cut bond purchases. On Thursday, European shares shed 2% in value led by metals. The Fed minutes also helped the euro to outperform the Polish zloty on August 19. The EURPLN pair rebounded from the 50 MA at 4.55156. Earlier in August, the 50 and 200 MAs formed a bullish crossover. The MACD is expected to follow suit. 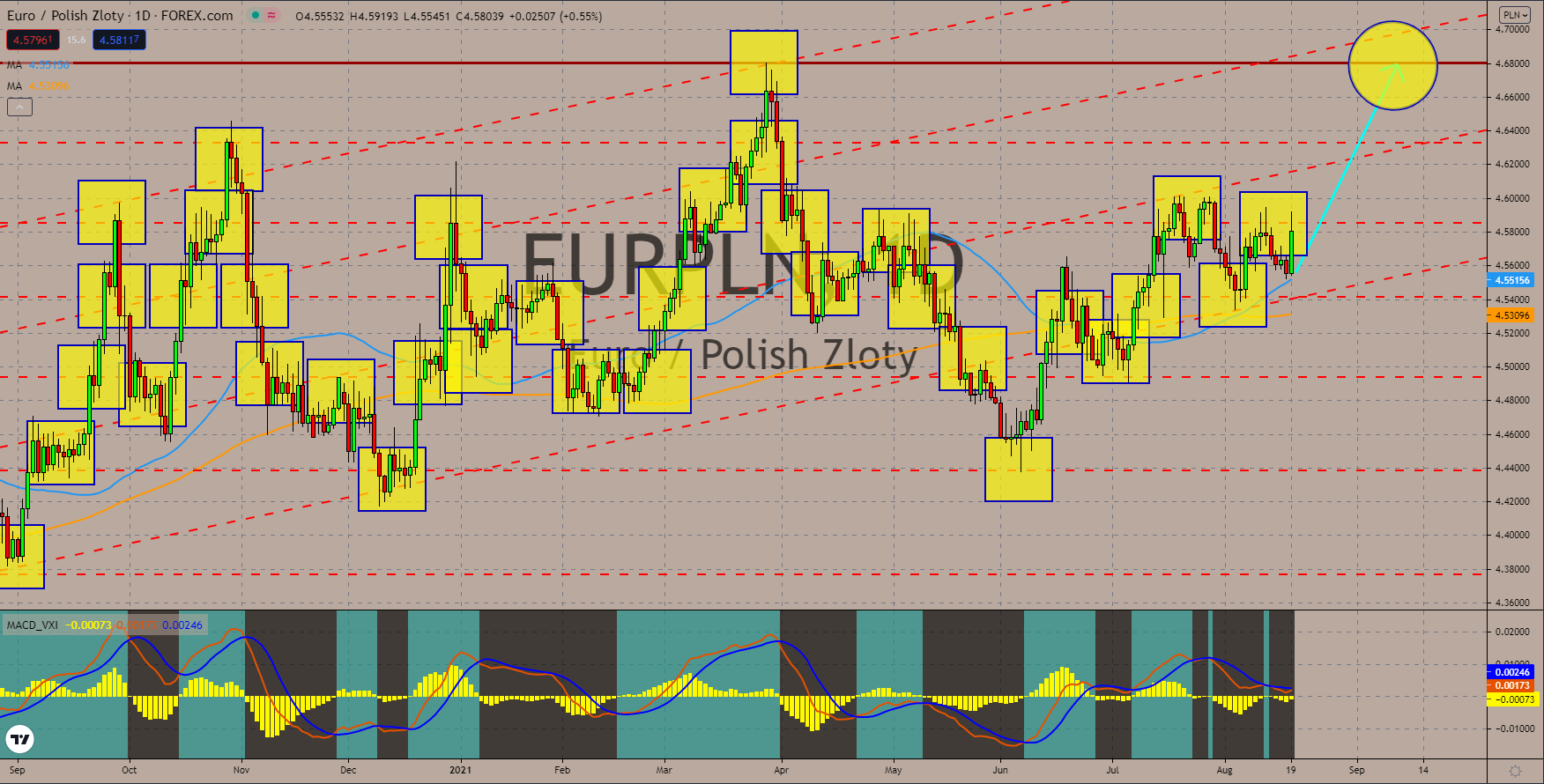