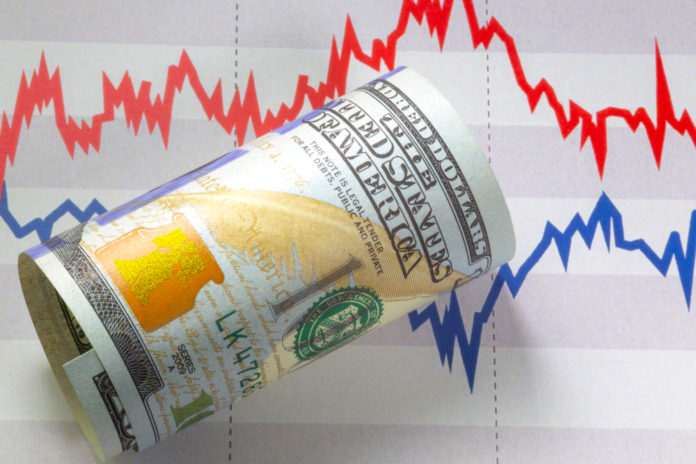 The U.S. dollar rose in early European trade on June 21, keeping the positive tone generated last week thanks to Federal Reserve’s position. The country’s central bank decided to accelerate its timetable for raising interest rates. At 2:55 AM ET, the dollar index traded 0.1% higher at 92.267. The index which tracks the greenback against a basket of six other currencies was close to its highest point since April, after having gained 1.9% last week. That was its biggest weekly gain in more than a year.

Elsewhere, GBP/USD dropped 0.1% to 1.3801, just above Friday’s two-month low. The rapid growth of the new Covid-19 variant as well as the associated delay of the country’s full reopening continues to influence the British pound.

That said, there was some good news several days ago. Fitch Ratings upgraded its outlook for the U.K. sovereign debt to stable from negative. The country’s economy proved more resilient than expected according to Fitch Ratings. Eyes turn to Thursday’s meeting of the Bank of England, the last for the central bank’s Chief Economist Andy Haldane.

The central bank is widely expected to maintain its monetary policy on hold. But inflation in the U.K. rose above its 2% target in May for the first time in two years, something that Andy

Haldane could seize on given his more hawkish stance regarding stimulus measures.

Last week policymakers reacted to the strong economic data as well as the data about inflation.  Their reactions helped to boost the dollar. The majority of the Federal Open Market Committee (FOMC) expected two interest rate increases of 25 basis points in 2023 a year than expected. But perhaps more several members felt that the first increase could come as early as next year.

Fed Chair Jerome Powell indicated that members of FOMC begun the conversation about the future of the bond-buying program. This news pushed short-end yields higher, nonetheless, the longer-end rates fell as traders played down the long-term U.S. inflation risk with a more active Federal Reserve.

Attention will now turn to comments from the officials who work at the Federal Reserve and Powell’s testimony in Senate.