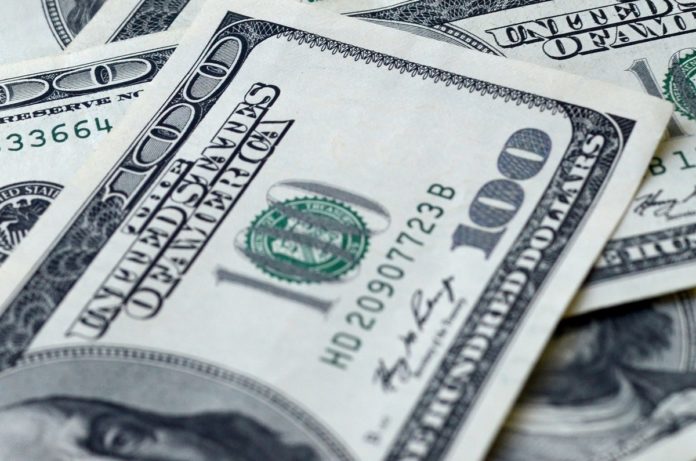 The dollar once again reached a one-year high against the yen and multi-month peaks with other rivals on the last day of March, as investors bet that massive fiscal stimulus and aggressive vaccinations will help the U.S. lead a global recovery. Interestingly, President Joe Biden is set to outline later on Wednesday how he intends to pay for an infrastructure plan.

As a reminder, earlier this week, Biden stated that 90% of adult Americans would be eligible for vaccination by April 19.

It is worth mentioning that the dollar index reached as high as 93.439, the highest point in almost five months. Importantly, the dollar index climbed from close to 90 at the start of March. Moreover, it is on track for its best month since 2016.

The world’s reserve currency set a fresh one-year top of 110.97 yen. Also, it marked an almost five-month high of $1.1705 per euro. However, it gave up some of those gains in early deals in London.

People should keep in mind that a spike in the U.S. bond yields also helped to support the U.S. dollar.

Importantly, the yield on the benchmark 10-year Treasury note jumped to a one-year high of 1.776% on March 30.

The U.S. dollar and important aspects

As mentioned earlier, the U.S. dollar strengthened its position against the yen and other rivals on Wednesday.

Interestingly, investors will watch closely monthly U.S. nonfarm payroll data on Friday. According to the Federal Reserve policymakers, they continue to support a lower-for-longer stance on interest rates due to issues connected with the jobs market. This decision helped to boost the growth outlook but also stoked worries about inflation.

According to the data, U.S. consumer confidence soared in March to the highest level since the start of the pandemic.

Moreover, the Chinese yuan traded around 6.57 per dollar in the offshore market, from the weakest since November at 6.5838.

Millions of people around the world due to the coronavirus pandemic in 2020. It is not surprising that investors are closely monitoring the jobs market. They would like to learn more about the current situation. Hopefully, the U.S. economy has the potential to cope with challenges. The government should cooperate with companies to create more jobs.