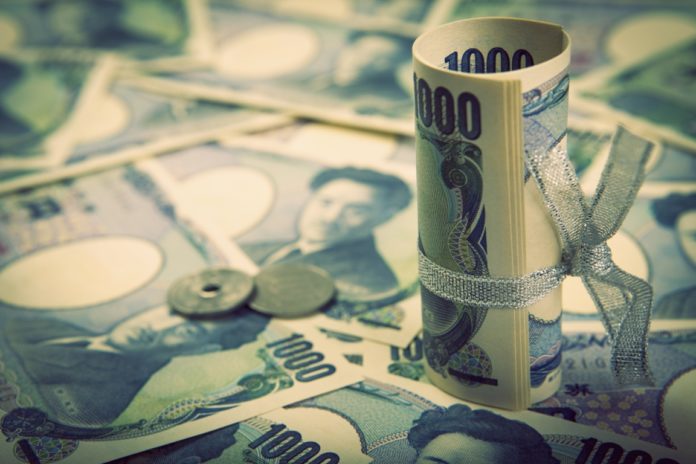 The Japanese yen weakened on Monday. The risk appetite was boosted by more countries making moves to reopen their economies, causing yen’s fall, even though the coronavirus continues to spread.

The safe-haven Japanese currency hit a 10-day low against the U.S. dollar, dropping more than 0.5%. Against a basket of currencies, the dollar climbed up roughly by 0.1%.

On Monday, Japan announced it could end its state of emergency in many regions this week. New Zealand also declared it could ease restrictions on Thursday. Meanwhile, shops reopened in France on Monday, while the U.K. has set out plans to lift the lockdown.

Lee Hardman, the currency analyst at MUFG, noted that the ongoing improvement in global investor risk sentiment after acute financial market strains in March partly reflects on building investor optimism that the global economy passed the worst point of the COVID-19 crisis.

After U.S. and China trade negotiators reached agreement on Friday, risk appetite boosted further. Despite U.S. President Donald Trump’s statement, that he was torn over whether or not to end the preliminary phase one trade deal between the two countries.

The Euro declined slightly. After falling in early London trading, it lowered by 0.1% versus the dollar at $1.0832. The Swiss franc dropped down around 0.1% at 1.05295 versus the Euro as demand for safe-havens eased.

On the other hand, the Australian dollar gained moderately, while the New Zealand dollar fell by 0.2%. The Norwegian crown skyrocketed to new monthly highs against the dollar.

Traders are optimistic about easing lockdowns as it enables economic activity frozen by the coronavirus to resume. However, lifting the lockdowns too early risks triggering another wave of the new COVID-19.

South Korea has already warned of a second wave of the coronavirus as infections rebounded to a one-month high. New infections have accelerated in Germany as well.