Oil prices slipped on Friday o and were set for a third consecutive week of loss, with Saudi Arabia cautioning of an oversupply in the middle of a slump in global equities trade that blurs the outlook for demand.

Brent crude futures were down 47 cents, or 0.6 percent, at $76.42 a barrel. The global benchmark is on course for a weekly loss of over 4 percent.

“The near $10 per barrel drop in Brent crude seen over October is a spillover from the global sell-off in equities,” Fitch Solutions wrote in a note.

Stock price plunges have roiled oil markets this week as Wall Street had its biggest daily decrease since 2011, erasing all of this year’s previous gains.

This has also affected energy firms, with the Australian energy index, which follows the country’s main oil and gas firms, lower 10 percent this week in what is the largest fall in three years.

Financial markets have been hit hard by a string of worries, including the US-China trade war, turbulence in emerging market currencies, increasing borrowing costs and bond yields, and economic concerns in Italy.

There are also signs of a slowdown in global trade, with container and bulk freight rates slipping after jumping for most of this year.

US investment bank Jefferies said “the Brent curve is flirting with contango, a troubling development that we expect is at least in part driven by managed money liquidation in a broader risk-off trade.”

Contango refers to a market in which prices for future delivery are higher than the spot market, implying too much supply as it can make it appealing for traders to store oil rather than sell it.

So far, the oil market in 2018 has been dominated by backwardation, indicating a tight market as spot prices are higher than those further out, making the sale of oil more preferable for traders rather than storing it. 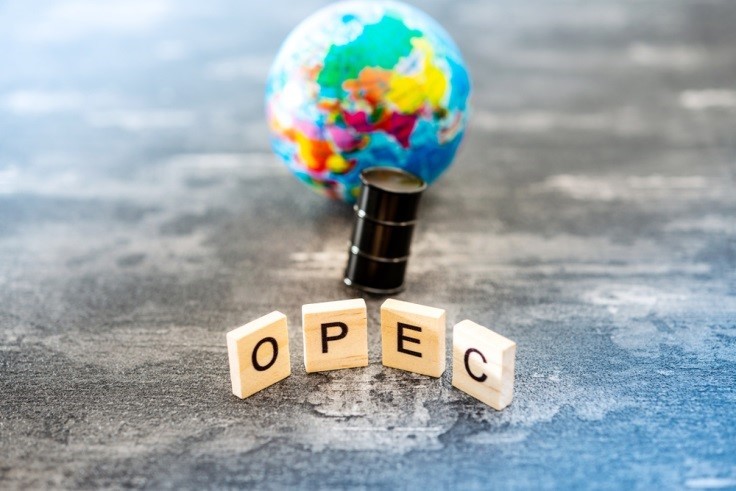 Saudi Arabia’s OPEC governor said on Thursday that it’s possible for the oil market to face oversupply by the end of the year.

“The market in the fourth quarter could be shifting toward an oversupply situation as evidenced by rising inventories over the past few weeks,” said Adeeb Al-Aama.

Saudi Arabia Energy Minister Khalid Al-Falih said there could be a need for intervention to diminish oil stockpiles after the hikes in recent months.

At present, however, oil markets are still relatively tight, mainly because of the US sanctions against Iran’s oil exports, which will start on November 4.

Washington is putting pressure on government around the world to stop importing Iranian oil. The majority, including its biggest customer China, are falling in line, compelling Iran to store unsold oil on tankers in the hope it can sell the crude off once sanctions are lifted again.