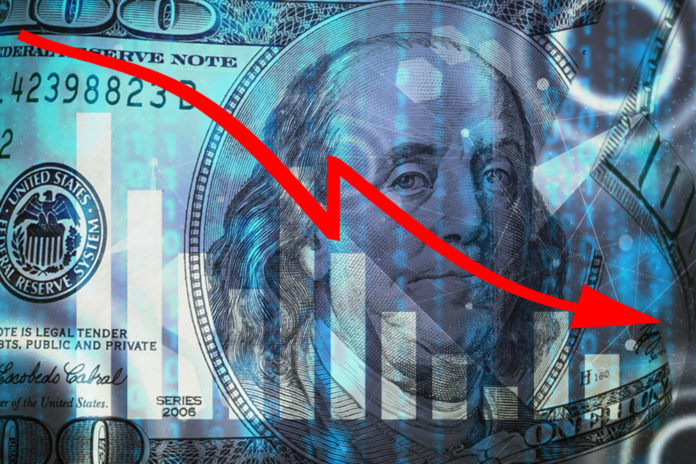 The greenback traded near a one-week low against peers on September 15 after the softer-than-expected U.S. inflation figures reduced immediate expectations about the central bank tapering while worse-than-expected Chinese data affected the yuan as well as the Australian dollar.

On September 15, the dollar index that tracks the U.S. currency against a basket of currencies stood at 92.536. The dollar index meandered between 92.3 and 92.9 over the past week as several Fed officials suggested the Fed could reduce its buying of debt securities by the end of 2021.

Investors are waiting for the Federal Open Market Committee’s (FOMC) meeting. They are keen to find out whether a tapering announcement will be made. Some people may not be aware that tapering tends to benefit the dollar. It suggests the Federal Reserve is one step closer toward tighter monetary policy. Furthermore, it suggests the Fed will be buying fewer debt assets, effectively reducing the number of dollars in circulation.

The country’s central bank could start preparing the ground for very cautious policy normalization, potentially as soon as November.

Dollar and other main currencies on September 15

The yuan, as well as the Australian dollar, declined due to the Chinese economic data. The country’s retail sales grew a 2.5% disappointing in August as the world’s second-largest economy deal with the worst outbreak of Covid-19 since its initial spread in August 2020. Data on consumer spending and industrial production growth also missed expectations.

China Evergrande is struggling to cope with various challenges. A media report about its financial problems also affected the yuan. The world’s most indebted property developer is working hard to solve its issues, but the situation remains complicated. The Chinese property giant said its property sales will likely continue to decline this month. The company reiterated that it could default on its debt.

The yuan was unable to strengthen its position as the yuan extended its decline for the day to as far as 6.4433 yuan per dollar, before trading about 0.1% weaker at 6.4410.