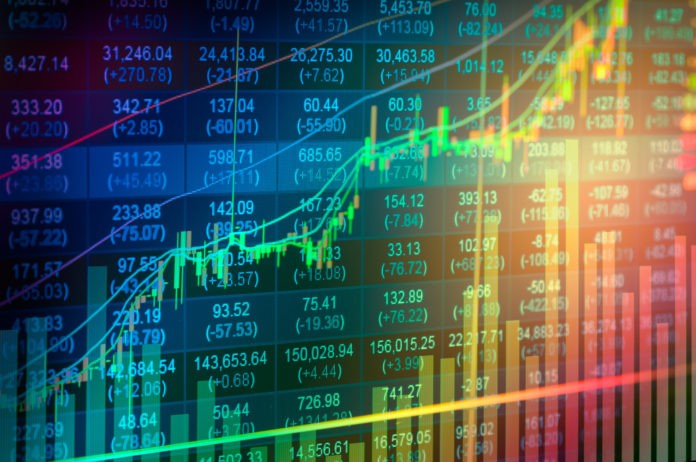 The world economy is slightly progressing. In the article, we will discuss some essential updates in Forex, Crypto, Stocks, and Commodities and overview the economy’s overall performance this week.

According to our overview, the Forex market has some positive updates by the end of the week.

The U.S. dollar remained strong on Friday. The USD stayed near its highest level in four months against a basket of currencies. The price is firm as investors expected the Fed to provide more hints on its plan to reduce monetary stimulus.

Data released on Thursday supported the U.S. dollar. It showed that U.S. producer prices had their largest annual increase in more than a decade in the 12 months ending in July.

The consumer price data released the day before indicated that inflation might have peaked.

However, the wholesale price data highlighted the intensity of inflationary pressures and helped the Fed cancel some stimulus measures.

The euro fell slightly to 1.1732 US dollars against the U.S. dollar, which is expected to fall for the second consecutive week, not far from the four-month low of 1.1706 US dollars hit on Wednesday.

After hitting a two-week low of 1.3794 in the previous trading day, the pound was on a defensive position at 1.3815, which hardly helped the slightly stronger June GDP estimate.

According to our weekly crypto market overview, Bitcoin’s price is going fine too. In the past two weeks, Bitcoin continued its accidental winning streak. On July 21, the transaction price of Bitcoin was about 30,000 USD, but by July 28, it had risen to 40,000 USD.

In the fastest 21-day rise since February, Bitcoin has risen for four consecutive weeks and is expected to rise for the second successive month. Cryptocurrency ignores criticism of its environmental impact. This also goes against the logic because regulators around the world have promised to take harsher crackdowns.

However, the biggest news in the cryptocurrency industry this week is a large-scale cyber attack.

On August 10, hackers completed the largest cryptocurrency robbery in history, stealing more than 610 million U.S. dollars from the blockchain trading platform Poly Network. Their victory seemed to be short-lived.

The $610 million loss of Poly Network hackers are the most significant publicly reported theft to date. But this masked the rise of much more minor financial crimes. In the first seven months of 2021, a series of record-breaking small-scale cryptocurrency hackers caused US$361 million in losses. This number has nearly tripled over the same period in 2020.

According to our research and overview of the stocks market, stocks are doing fine.

By the end of this week, the U.S. stock market rose slightly, pushing the Dow Jones Industrial Average and S&P 500 Index to new highs in an otherwise flat trading day.

In the Standard & Poor’s sector, healthcare and technology stocks rose approximately 0.8% and 0.6%, respectively, while energy, industrials, and materials stocks lagged.

In the Dow, Salesforce and Apple had the best performance, while Home Depot and Visa declined.

The U.S. Department of Labor reported on Thursday morning that as the U.S. labor market continued to recover from last year’s recession, the number of first-time jobless claims fell slightly last week.

Prices paid for labor, raw materials, and other commodities by American manufacturers and other companies rose again in July.

Additionally, core inflation rose by only 0.3% in July, lower than the 0.4% growth forecast.

After Morgan Stanley predicted a slowdown in the memory chip market and downgraded its stock rating, Micron’s stock price closed down 6.3%.

Speaking of commodities, the market overview shows that we do not have quite positive outcomes this week.

After the United States and other large economies quickly rebounded from the pandemic, Delta Air Lines interrupted the rise in oil prices and pushed oil prices up by more than 50% in the first half of this year.

The most worrying is the outbreak in China. Although China has one of the highest vaccination rates globally, the authorities still take active measures to control the epidemic.

The delta has also hit the oil market structure. On Thursday, the spot spread of Brent crude oil was 40 cents per barrel. This is a bullish sign that recent contracts are more expensive than later contracts. By comparison, it was 92 cents at the end of July.

The International Energy Agency said in its monthly market report on Thursday that global oil demand “suddenly reversed” last month and fell slightly after a 3.8 million barrels per day surge in June. As consumption declines, OPEC+ increases production to resume all production that was stopped during the pandemic steadily.

Speaking of gold, precious metals rose in Asia on Friday morning but fell for the second week. Investors are now waiting for the Fed’s next monetary policy move.

The U.S. dollar, usually the opposite of gold, fell slightly on Friday. However, it is still close to the four-month high reached earlier this week.

As Fed officials expressed disagreements on the timetable for tightening monetary policy within a week, investors still worry that inflationary pressures may prompt the Fed to pull the trigger. 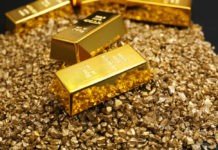