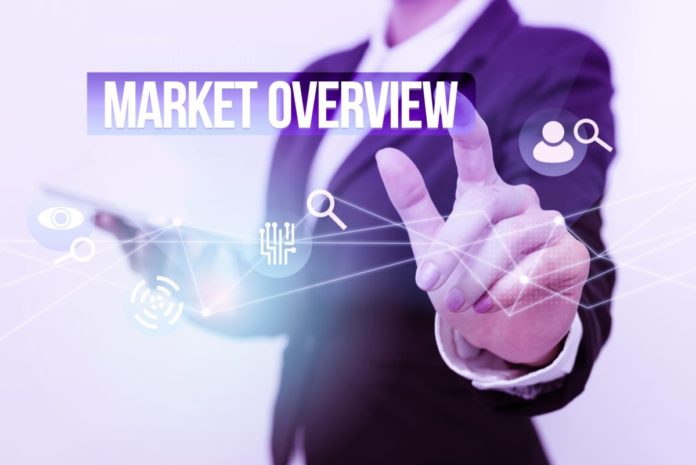 Global economics is quite challenging to predict. The major events happening worldwide play a crucial role in forming economics. In our weekly market overview, we will discuss these major influencing factors and price movements that might help you shape the right expectations for the future of Forex, Stocks, Crypto, and Commodity markets.

How did the week go for Forex?

Some fundamental changes have happened in Forex. As traders interpreted the Fed’s monetary policy statement and Fed Chairman Jerome Powell’s comments as hawks, the euro rose slightly in early trading on Thursday after the plunge in the previous trading day.

The news also pushed up U.S. Treasury yields, making the U.S. dollar more attractive than a basket of major currencies.

On Wednesday afternoon, the Fed maintained its benchmark interest rate close to zero as the market generally expected. Still, it also hinted that it might raise interest rates earlier than expected and significantly lowered its economic outlook for this year.

Two factors help push the euro down. First of all, Federal Reserve Chairman Jerome Powell stated that the committee is ready to take action at a post-meeting press conference. This implies a sense of urgency.

Secondly, more members now believe that the first-rate hike will occur in 2022.

In June, when members last released their economic forecasts, a slight majority of members believed that the interest rate hike would take place in 2023.

There have been some critical changes in stocks too. In our weekly overview, we will discuss the performance of some major companies.

On Thursday, Dow futures increased by more than 200 points. It happened one day after the 30-stock average and the broader S&P 500 index broke through a four-day losing streak. The Nasdaq Index rose for the second day in a row.

As investors ignored the troubles of the Chinese real estate giant China Evergrande Group and were relieved by the signal from the Federal Reserve that it did not immediately cancel the United States’ intentions, all three stock benchmarks rose by 1%.

Wednesday’s rally weakened Monday’s plunge and September’s decline, historically a brutal month on Wall Street. The Dow Jones Index fell nearly 4% from its record closing price last month. The S&P 500 and Nasdaq are down about 3% from their latest closing prices earlier this month.

Chinese authorities informed local officials to get ready for the possible collapse of the debt-laden Evergrande on Thursday.

According to the local officials, the government has told them to only intervene at the last minute to prevent the spillover effects of Evergrande’s collapse.

The prominent developer paid local bonds on Wednesday. However, it is unclear whether the company will pay interest on offshore bonds due on Thursday.

The number of U.S. government applications for unemployment benefits unexpectedly rose to 351,000 each week. Economists had previously predicted that the number of new jobless claims for the week ending September 18 would fall to 320,000 – close to the low point of the new crown virus pandemic. It was revised up to 335,000 the previous week.

The Fed provided quarterly economic forecasts on Wednesday, after the two-day September meeting.

Officials expect the unemployment rate in the United States to fall from the current 5.2% to 4.8% this year. The June estimate is that the year-end interest rate is 4.5%.

On Wednesday afternoon, the Fed decided to keep interests rates near to zero unchanged.

But most members now believe that interest rates will rise for the first time in 2022.

How has the crypto market behaved this month?

Bitcoin-the coin influencing all the other crypto coin prices has been moving higher recently.

The crypto market seems to have shaken off concerns about the possible default of Chinese developer Evergrande, which put tremendous pressure on riskier assets earlier this week.

Bitcoin is currently testing the recent resistance at $44.000

Bitcoin will move towards the next resistance at the 50 EMA at 45,300 USD if this test is successful. RSI is in a moderate zone, and if a suitable catalyst appears, there is still enough room for additional upward momentum.

If Bitcoin successfully closes above the 50 EMA, it will continue moving up and heading towards the 20 EMA near the $46,000. Above this level will push Bitcoin to the next resistance level of $47,000. If Bitcoin is above this level, it will move towards resistance at $48,000.

The previous resistance level of $42,600 will serve as Bitcoin’s first support level in terms of support. A successful test of this level will push Bitcoin to the $41,300 support level. If Bitcoin falls below this level, it will move towards the $40,000 support level. A break below $40,000 will open the way to test support at $39,300.

Weekly overview of the commodity market

Data show that as of September 17, U.S. crude oil inventories dropped by 3.5 million barrels to 414 million barrels. This is the lowest record since October 2018, and the decline is more excellent than analysts expected.

According to experts, the crude oil market is still well supported this year, but he expects to reach around US$60 per barrel by the end of 2022.

The same thing happened with shale oil. There are also some very unpredictable parts of the activity, many of which are related to geopolitics.

The price of gold fell after the Fed said it might relax monthly bond purchases and raise interest rates earlier than expected by next year. Some experts believe that as the reduction begins, the price of gold should not rise sharply.

observing the market updates is an essential part of a traders’ daily life. Our weekly overview demonstrates some general news that changed the market’s movement in the current week. We hope you find our overviews helpful in shaping your future market predictions.