The policy pressures financial institutions to cut lending to fossil fuel projects. These projects generate a massive amount of carbon emissions, which is contributing to global warming.

South Africa depends on coal for almost all of its electricity. In addition to the full use of the commodity in the domestic economy, South Africa has always been a major coal exporter. The country exports 28% of its production. The biggest consumer of the country’s coal is China, followed by Japan and India, with millions of tons of coal exported to these countries. South Africa’s carbon emissions rival those of the UK whose economy is eight times its size.

Standard Bank Group says it will assess projects on a case-by-case basis, evaluating the need for power in the country where the mine or power plant is located and will guarantee compliance with environmental and social laws. Also, the bank won’t fund so-called mountain-top removal mining.

Tracey Davies, director of Cape Town-based shareholder activist organization Just Share, said that Standard Bank and its climate-conscious investors had set an encouraging precedent. They are now looking to accelerate the pace at which banks and other institutions disclose and manage climate-change risks.

Among South Africa’s five largest banks, only Nedbank Group Ltd. discloses the amount of money it has loaned to fossil fuel projects.

Even though carbon dioxide has no impact on human health, scientists are concerned about it. Moreover, the more carbon dioxide in the atmosphere, the more heated the earth will become. Subsequently, it will have a significant impact on global climate change. 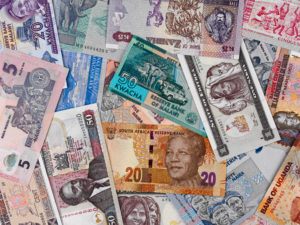 However, several measures had been taken regarding carbon. However, the country recently released a draft electricity plan. The project proposes a significant shift away from the fuel towards gas and renewables.