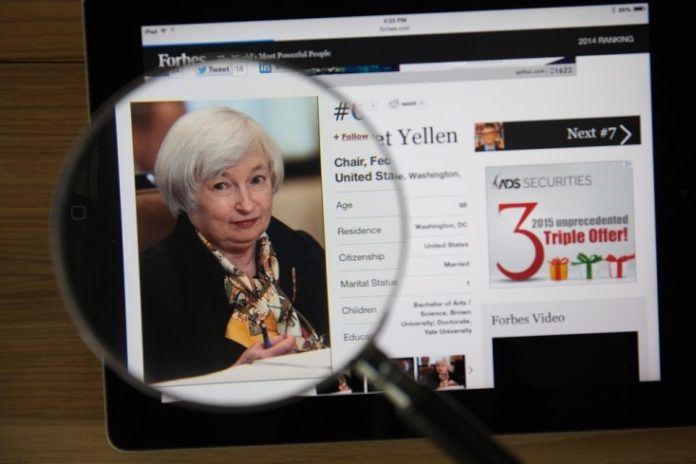 Bitcoin is “anything but useful” store of value, according to former US Federal Reserve chair Janet Yellen in her speech on Monday, a Canadian financial news outlet reported.

Yellen spoke during the interview at the 2018 Canada FinTech Forum in Montreal. She rose to prominence in the cryptocurrency community last year as the target of the now-infamous “But Bitcoin” session at a House Financial Services Committee meeting. Yellen doubled down on her previous criticisms of the digital currency.

“It has long been thought that for something to be a useful currency, it needs to be a stable source of value, and bitcoin is anything but,” she said. “It’s not used for a lot of transactions; it’s not a stable source of value; and it’s not an efficient means of processing payments. It’s very slow in handling payments. It has difficulty with its very decentralized nature.”

Meanwhile, Satoshi Portal CEO Francis Pouliot, who was present during the ex-Federal Reserve chair’s speech, was among the first people to denounce Yellen’s claims, describing her statements as “The Official NPC (non-player character) guidelines to Bitcoin FUD, courtesy of the Fed.”

At a press conference in December last year, Yellen also called bitcoin a “highly speculative asset” and “not a stable source of value.” She has remarked that the Fed was not “seriously considering” the concept of a state-issued digital currency at that time.

Yellen’s speech on Monday resonates with not only her own previous comments on crypto but also those criticisms made earlier this month by economist Nouriel Roubini, who is an outspoken cryptocurrency critic who predicts the entire ecosystem failing.

For other commentators who support the digital currency space, Roubini and Yellen’s lack of the necessary understanding of the decentralized system led them to draw false conclusions about the field.

“I can see a bubble where there is one – and to me, this entire space has been the mother and the father of all financial bubbles and now it’s going to burst,” Roubini has said.