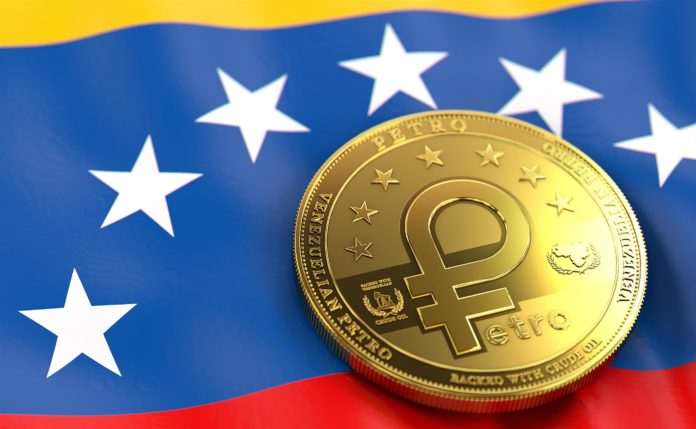 The population of a country with the largest proven oil reserves in the world is struggling to make ends meet. This country is Venezuela. Recently, the Bolivarian Council of Mayors in Venezuela signed the so-called “National Tax Harmonization Agreement. As part of the agreement, municipal governments will be able to collect taxes and sanctions by using Petro.

Notably, Petro is a cryptocurrency issued by the government of Venezuela. Several years ago, Venezuelan President Nicholas Maduro announced the launch of Petro in a televised address.

Based on the information provided by the country’s government, the Vice President of Venezuela, Delcy Rodriguez, will be in charge of implementing a single registry of taxpayers through a digital consultation tool.

It is worth noting that, several countries imposed sanctions on Delcy Rodriguez. For example, she is not able to visit Colombia. The Colombian government maintains a list of people banned from entering the country. Also, in 2017, Canada sanctioned Rodriguez due to breach of Venezuela’s constitutional order. Moreover, the Mexican Senate froze the assets of officials of the Maduro administration, including the country’s vice president. Furthermore, the senate prohibited them from entering Mexico on 20 April 2018.

Let’s get back to Venezuela’s cryptocurrency. The country’s Vice President will also be in charge of creating an information exchange and monitoring systems for companies. The purpose of this system is to record payments in the state cryptocurrency.

Importantly, out of 335 mayors, 91% of them are under the mandate of the United Socialist Party of Venezuela. It is worth noting that municipal governments led by the opponents of the regime of Nicholas Maduro are continuing to collect taxes in the Venezuelan fiat currency, Bolivar. They do hot have the appropriate technology to process Petro payments.

The country is struggling to cope with problems. Thus, it is hard to determine if municipal governments will be able to fulfill this agreement.