Sources familiar with the matter said the four manufacturers are performing minor fixes on what is known as the Global Developer Service Alliance (GDSA). The platform aims to enable developers to extend the reach of their applications beyond the domestic markets.

A March launch was initially planned for the GDSA, according to the people, although it is not clear how the coronavirus epidemic delayed the release.

The platform is expected to cover nine regions, including India, Indonesia, and Russia.

Oppo, Vivo, and Xiaomi confirmed they jointly created the GDSA as a means to upload their apps to their stores at once.

GDSA Taking on Play store, Issue with the Alliance 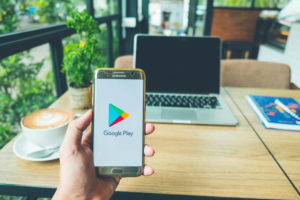 Smartphone analyst Will Wong cited slow sales in hardware as reason for Chinese vendors’ attempt to acquire a larger piece of software and services.

It is possible for the GDSA to draw in some app developers by offering more exposure than the already crowded Play store, according to analysts. They also see the platform providing better monetary incentives.

Vice President of Mobility Nicole Peng stated that the alliance will prompt each company to leverage the others’ advantages in different regions, with Xiaomi’s strong user base in India, Vivo and Oppo in Southeast Asia, and Huawei in Europe.

Secondly, it is to start to build some more negotiation power against Google, Peng added.

Still, Peng said managing the alliance could pose a challenge, as the execution is difficult as it is hard to say which company is pulling more weight and investing more in it. They also have not seen the alliance model work well in the past.

Moreover, a spokesman for Xiaomi said the collaboration was not meant to contend against Google and denied Huawei’s involvement with it.

Oppo and Vivo did not mention the Shenzhen-based company on their statements, while Huawei declined to comment on the matter.

Google, whose services has been banned in China, made around $8.8 billion worldwide from Play store last year, according to analyst Katie Williams.

The tech firm also receives 30% commission from the movies, books, and other applications marketed on Google’s app store.

Oppo, Vivo, and Xiaomi have full access to Google services in global markets, while Huawei lost access for new devices in 2019 following the US’ move to prohibit American suppliers from selling products and services to it due to national security concerns.