The United Kingdom continues to outperform its peers in Europe. While the EU and its member states are expecting lower results for today’s report on Composite, Manufacturing, and Services PMI, forecasts for the UK’s numbers were the same from its previous results. The manufacturing and services sector is keeping the British economy afloat. Analysts are anticipating 53.3 points and 52.3 points, respectively. Only the Composite PMI is expected to contract at 42.5 points against 52.1 points prior. Meanwhile, the UK has the upper hand in the ongoing negotiations for Brexit. Prime Minister Boris Johnson didn’t shy away from the idea of a no-deal Brexit. Its counterpart in the EU, on the other hand, worries that the region might be in chaos without any agreement with the UK. The pair remains above the 50 and 200 moving averages. Meanwhile, the MACD is forming a hook, which signals a sustained rally. 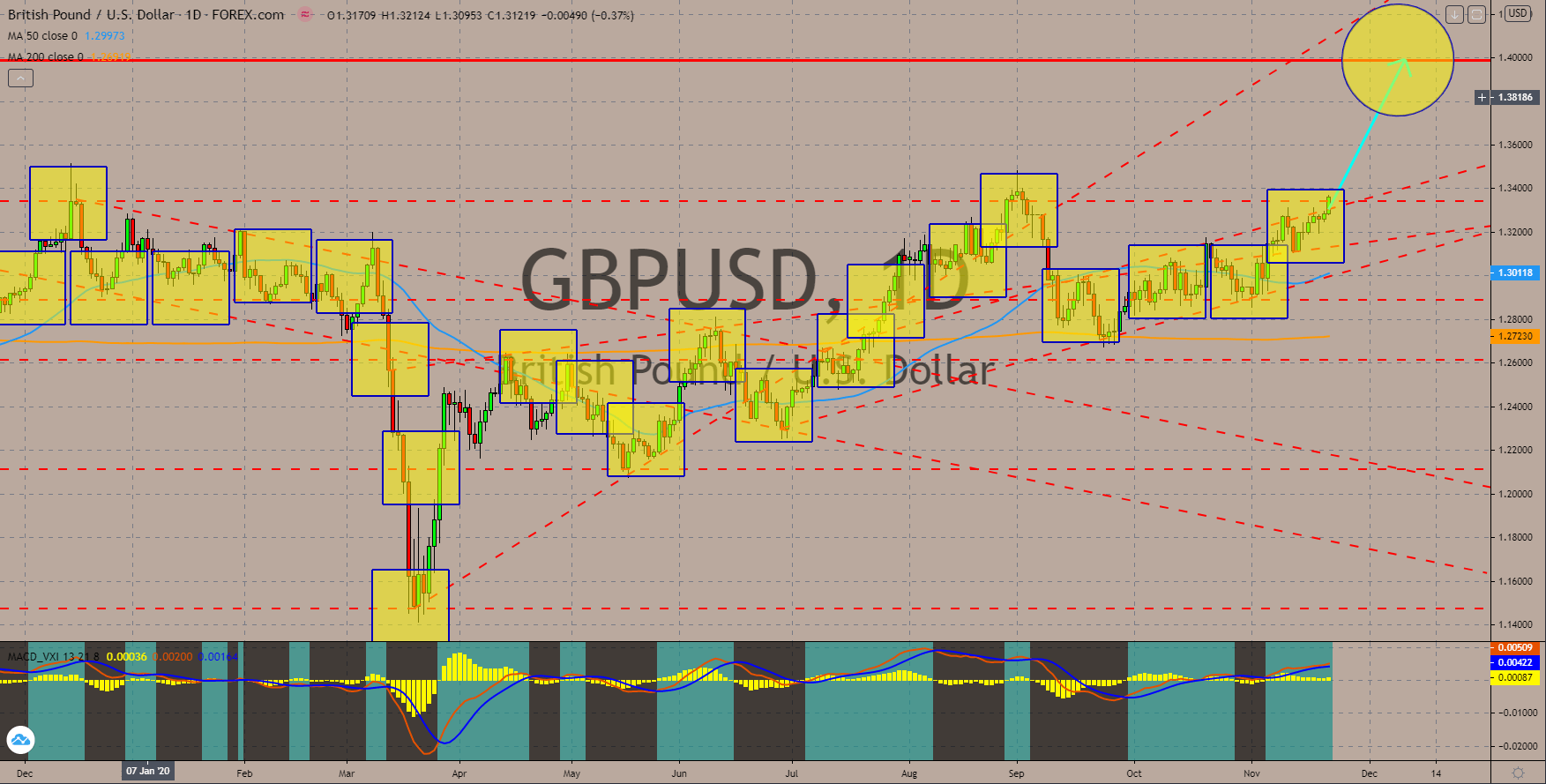 Both Germany, France, and the EU bloc received a negative outlook from analysts for their upcoming reports on Monday, November 23. Germany remains the key driver of the Eurozone with expectations of 52.0 points, 57.9 points, and 46.3 points for Composite, Manufacturing, and Services PMI reports. However, the EU’s second-largest economy had a gloomier outlook. The expectations for these reports were 34.0 points, 50.1 points, and 37.7 points, respectively. The bloc as a whole was in between Germany and France’s expected numbers. Analysts forecasted the number to be 45.8 points, 53.1 points, and 42.5 points. MAs 50 and 200 are forming a “Death Cross” which signals bearishness in the pair in the coming sessions. MACD, on the other hand, failed to break above the baseline and is showing a bearish intersection.

Just like most of the advanced economies, Japan saw its COVID-19 cases increase in the past few days. On Sunday, November 22, the country hit its highest daily infection at 2,514. On the other hand, New Zealand was among the countries that successfully contained the virus but at the expense of its economy. On the same day, the country had nine (9) additional cases. Between the two (2) economies, Japan’s local currency will shine the most. The Japanese government has been promoting its tourism industry despite the rising cases of the coronavirus. It has also kept the restaurants open as the holiday season approaches. During the APEC meeting, leaders of Japan and China have even discussed the possibility to resume travels between the two (2) countries. 200 MA was seen at $68.483 and is in a parallel position against 50 MA. Meanwhile, the MACD began to crossover, which indicates a correction in the coming days. 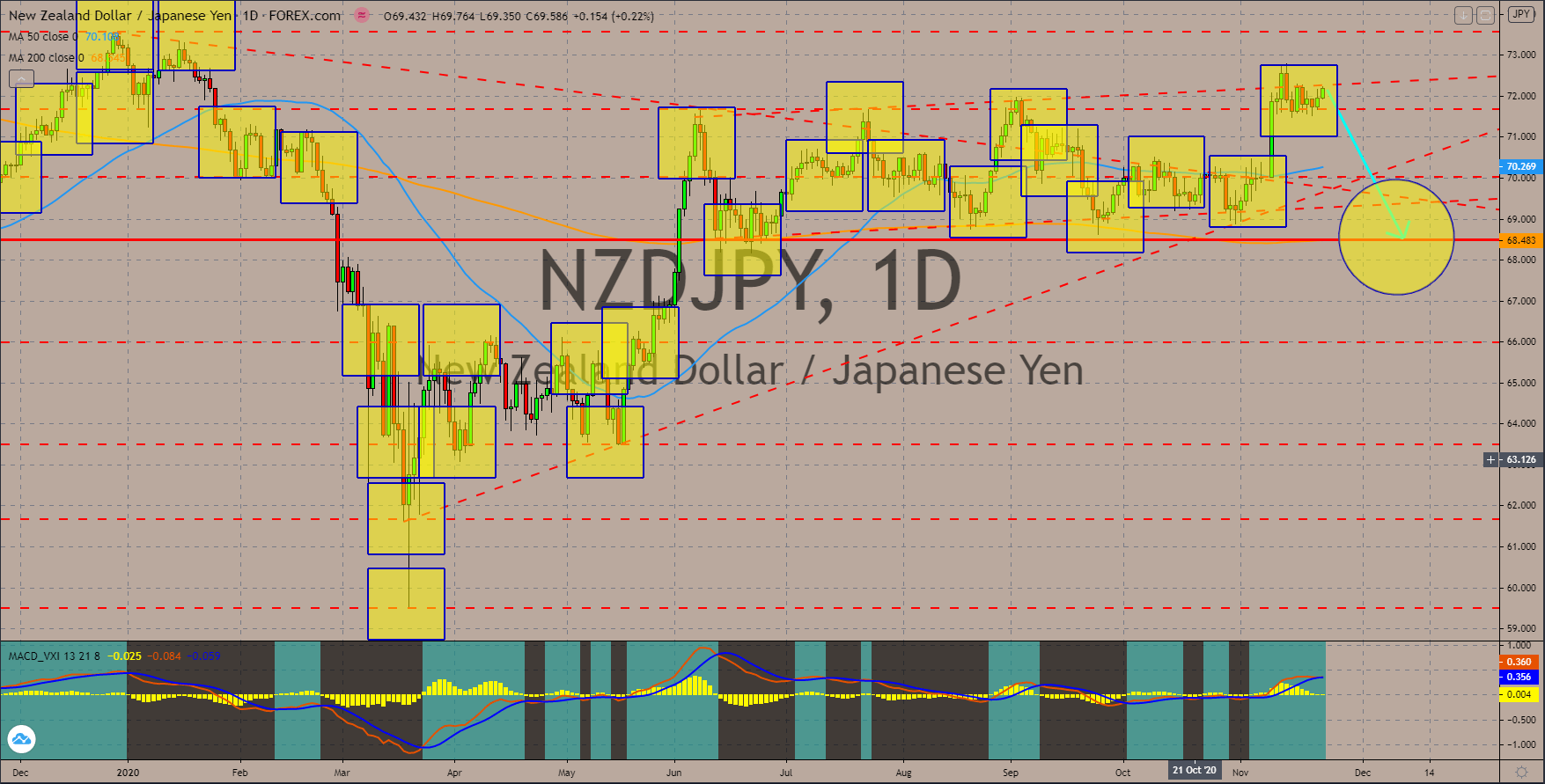 Joshua Wong, a prominent activist in Hong Kong is planning to plead guilty in court. Wong was a member of the now-disbanded political party Demosisto, who participated in the unauthorized protest in a police headquarters last year. The civil unrest in Hong Kong in 2019 led the country to enter a year-long recession. However, as China began to recover from the pandemic, HK’s economy began to recover as well. However, concerns of increasing dependency on China and the end of democracy in the special administrative region could lead investors to pull out from Hong Kong. Moreover, this move could force the United States to scrap its trade agreement with the country. MAs 200 and 50 are nearing crossover to form a “Golden Cross” pattern. The pattern indicates a long-term bullishness in the pair. The recent activity in the pair also suggests that investors have been accumulating their position in USDHKD before it takes off. 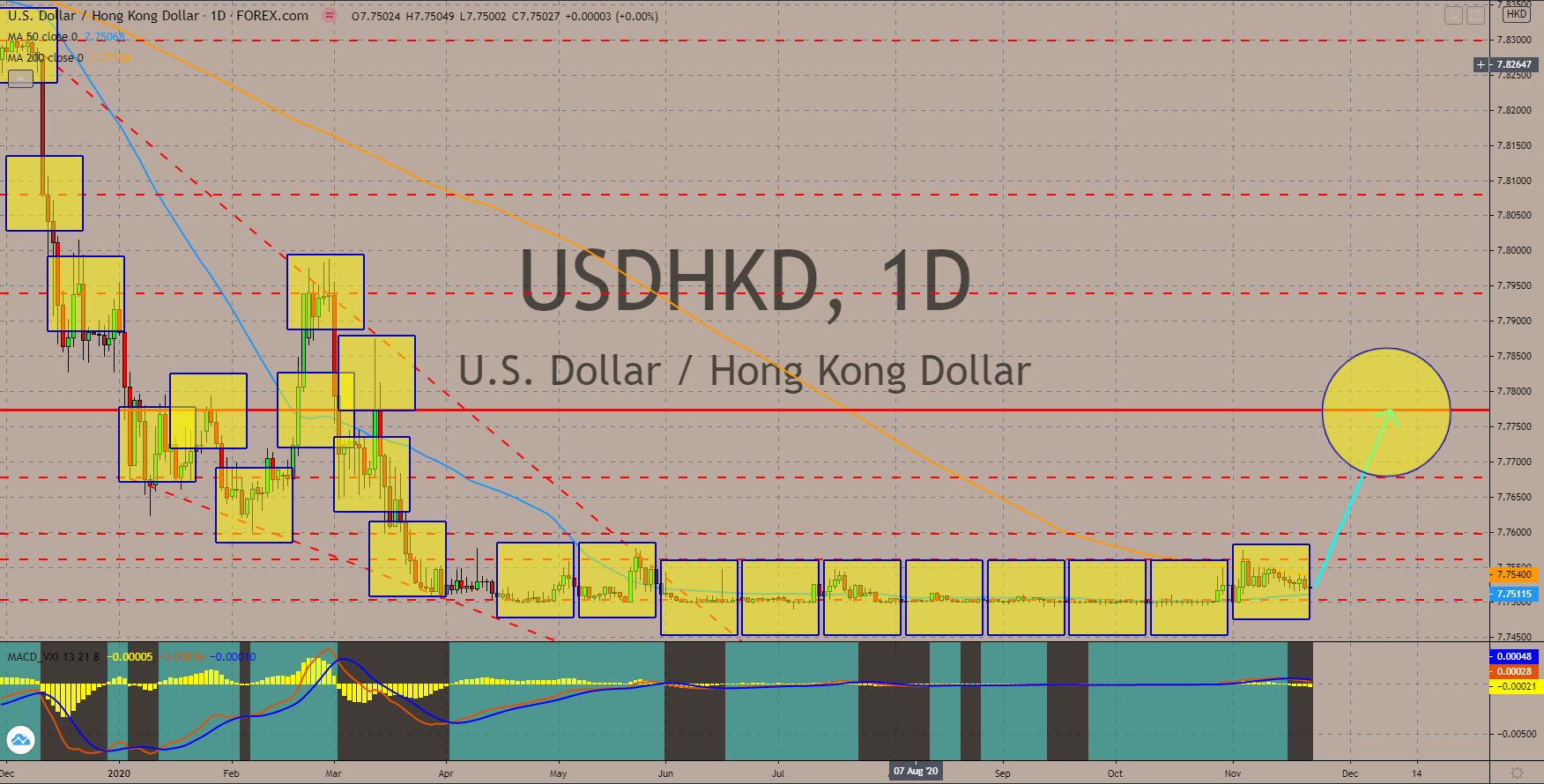 PrevPreviousGold and Silver Towards High into the EU Session
NextDollar Down Over News on Election Clarity, COVID-19 VaccineNext