The monetary policy will likely be a part of purchasing additional assets. The decision is an effort to push the sluggish inflation of the Eurozone toward its target.

Traders and investors in the Eurozone are on their feet due to the deteriorating economic conditions in the territory.

However, some in the euro market appeared to take the ECB’s statement with skepticism. Some are saying that the lack of details for interest rate cuts should be taken with a grain of salt.

An economist said that European policymakers have not yet decided what to do. The expected deposit rate to cut declined -0.5% from -0.4%.

The economist forecasted a quantitative easing relaunch that will influence corporate bonds.

The single currency dived after the release of the ECB’s statement. European yields were also pushed down by rallying bonds.

The outgoing head of the ECB warned the eurozone about its worsening economic outlook. Draghi correctly pointed out the faltering manufacturing sector.

Draghi at the IMF? 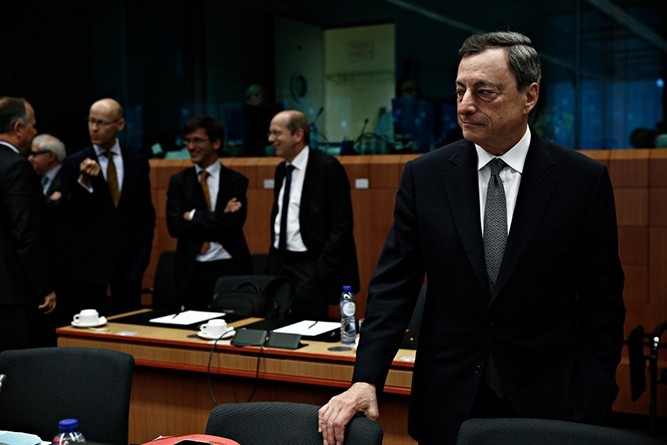 A job-swap between Christine Lagarde and Mario Draghi is now impossible after Draghi ruled himself out on Thursday.

The International Monetary Fund’s director, Christine Lagarde, resigned after being considered as Draghi’s successor in the ECB.

Draghi’s name popped up for the IMF post after French officials raised the idea of removing the age limit. The outgoing ECB head is already 71 years old, and the limit is just 65 years old.

Lagarde’s resignation sparked the hunt for the next IMF director. The coordination of the decision is by French Finance Minister Bruno Le Maire.

Bank of Finland Governor Olli Rehn, Bank of England’s Mark Carney and Portuguese Finance Minister Mario Centeno were among the first names that circulated after the resignation.

French Finance Minister Le Maire already ruled out candidate BoE’s Mark Carney. According to reports, Carney was ruled out for not being European enough.

The BoE governor has the U.K. and Irish passport; however, he was born in Canada, and other French officials said that he isn’t European enough.

The reason why ECB’s Draghi was reviewed is because of the tradition of the two major banks; the IMF will have a European head while the World Bank will have an American.

The agreement has been in the act for decades as David Malpass leads the WB. The US President Donald Trump selected the former government official last April.

European officials are currently having a hard time coming up with a final nominee. The deliberation on Lagarde’s successor will happen next week.