Fed to Raise Rates only Once in 2019, Says Bostic

The Federal Reserve may only need to raise interest rates once in 2019, Atlanta Fed President Raphael Bostic said, focusing on business executives’ nervousness about the economy and a global slowdown as factors that may hold the US central bank back.

“I am at one move for 2019,” Bostic said. Though US economic growth was faster than expected in 2018 and prompted the Fed to raise rates four times, Bostic said his business contacts seem less confident about the coming month, while “clouds” have developed overseas.

“The clouds, the nervousness, have gotten me to a place where I want to make sure that we do not act too aggressively,” said Bostic during an event at the Rotary Club of Atlanta.

Bostic is not a member of the Fed’s rate-setting policy committee this year. However, his comments show how the combination of a recent selloff in stock markets and weak economic sata from China and Europe has begun to shift the tenor of conservation at the US central bank.

He also added the list of potential problems includes the current partial shutdown of the US government, which has left hundreds of thousands of federal employees without income and paychecks.

“If it lingers longer, this can become more material,” said Bostic, with families possibly compelled to decrease spending, and creditors facing decisions about what to do if people fall behind on rent and mortgage payments.

If the Internal Revenue Service, for instance, wouldn’t be able to process tax refunds, “that has implications for the robustness of the economy in real time,” said Bostic.

Those risks, whether small or big, have accumulated even as US economic data remains robust. The resulting hair-trigger moves in equity markets, worries about the result of the US trade negotiations with China, the risk of disruption in Eurozone, and other factors have compelled Fed officials in recent weeks to indicate they are likely to slow down from the quarterly pace of rate increases enacted over the past two years. 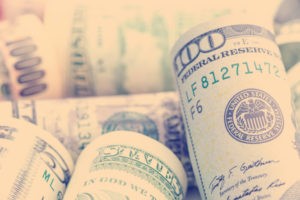 Last week, Fed Chairman Jerome Powell said that the central bank would be “patient” as it assesses what its next steps would be.

Specifically as the Fed’s short term policy rate approaches neutral, Bostic said the central bank needs to be careful not to go too far and unintentionally tighten credit markets too much.

“This is an area where we have to watch robustly,” he said. The present policy rate of 2.50 percent may be at or close to neutral and “if it is 2.50 and you go to two and three quarters or three, you might have tripped beyond neutral and that would be contractionary.”