Home News Commodities Gold up over a weaker U.S. dollar 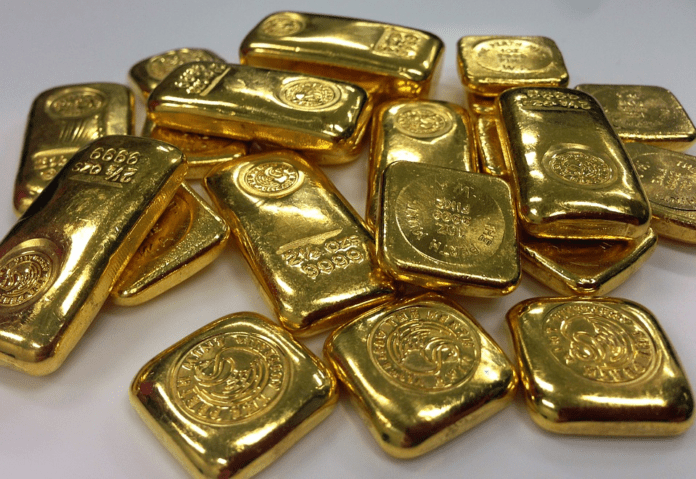 Gold was up in Asia on Friday morning, eking out modest gains as the dollar fell. Investors are now waiting for the latest U.S. jobs data to see how the Federal Reserve will go with asset purchases and interest rate hikes.

Gold futures rose 0.08 percent to $1,812.95 at 1:13 a.m. ET (5:13 a.m. GMT) was on track for their first weekly fall in four weeks. The dollar, which normally moves in the opposite direction of gold, rose slightly on Friday but stayed close to a one-month low.

The employment report, which includes nonfarm payrolls, is due later in the day. It will focus on investors because labor market recovery is one of the Fed’s prerequisites for beginning asset cutting and interest rate hikes.

Before the report’s release, data on Thursday revealed that Americans submitted 340,000 initial unemployment claims in the previous week. The figure was lower than the 345,000 forecasted by Investing.com and the 354,000 claims made the last week.

According to the data, layoffs fell to their lowest level in more than 24 years in August, indicating that the labor market recovery was holding firm even as the number of COVID-19 cases increased in the United States and abroad. In the Asia Pacific, China’s Caixin services purchasing managers’ index (PMI) for August was 46.7, falling short of the 50-point threshold that indicates expansion.

Meanwhile, the SPDR Gold Trust (P: GLD) reported a 0.2 percent drop in holdings to 998.52 tons on Thursday, the lowest level since April 2020. Russia also announced that its international gold and foreign currency reserves had reached a new high of $615.6 billion after receiving a payment from the International Monetary Fund.

On a few fronts, U.S. Gulf Coast energy businesses advanced their recovery from Hurricane Ida on Friday. Still, they lagged elsewhere as a lack of staff, power, and gasoline erased earlier output improvements.

Ports were reopening, and some pipelines were restarting as corporations finished their post-storm assessments. However, more significant obstacles remained for producers and refiners who struggled to get up and run.