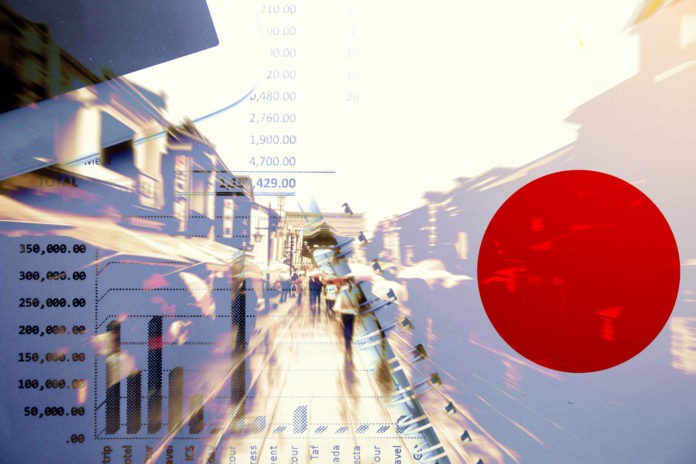 The Asian giant, Japan, kept the overall assessment of its economy intact for a second straight month in July. Remarkably, that is retaining the view that conditions remain severe due to the impact of the COVID-19 pandemic.

A monthly report, which was approved by Prime Minister Yoshihide Suga’s cabinet on July 19, revealed that the full attention should be directed to how infection trends affect the domestic economy and those abroad.

According to the government, although the economy continued picking up amid severe conditions due to the COVID-19 pandemic, it shows weakness in some parts.

Authorities also added that Japan’s exports were gradually rising due to a recovery of overseas economies.

A Reuters poll revealed last week that Japan’s economy likely increased in the second quarter of the year. The country battling with the fallout from COVID-19 curbs in Tokyo and other major areas of economic activity.

Investors are waiting for the release of a preliminary estimate for second-quarter GDP. The government will release data on August 16.

Analysts say that a fresh state of emergency in the country that will run through the Olympic Games until August 22 will likely hurt economic growth this quarter. Additionally, analysts anticipated Japan’s economy to rise an annualized 4.2%.

South Korea is likely to be the first Asian economy to lift interest rates from pandemic-era lows.

Governor of Bank of Korea, Lee Ju-yeol, surprised financial markets last week, keeping policy rates at record lows. However, he signalled they could increase as early as August at the next policy review.

South Korea’s economy has recovered rapidly, and inflation is running above target. However, it is facing record coronavirus infections as the more contagious Delta variant spreads, triggering strict measures and a semi-lockdown in the Seoul area.

The Bank of Korea cut the policy rate by 75 basis points last year to a record low of 0.5% to support the economy.

South Korea’s economy is anticipated to rise 4% this year, its fastest since 2010. Additionally, inflation is running well above the central bank’s 2% target.