According to the director of the National Iranian Copper Industries Company, it has been working to provide a platform for more production and investment in the past year. The company declares that as a result of last year’s achievements and plans for the current year, they will see a 6-year production jump.

In an interview with NICICO, Ardeshir Saad Mohammadi stated that last year the company developed plans. The base of the programs was creating good records in the field of production to achieve the production boom. 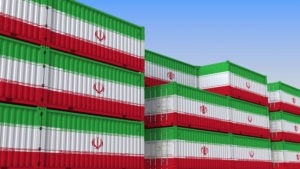 The director of the National Iranian Copper Company emphasized that the development of the copper company to jump and increase production, will not be stopped under any circumstances. Last year, the company developed projects to make progress faster. They have been able to complete the development plan of more than $2 billion in 2 years.

Among the most significant development projects that were operational within a short time last year, was Khatunabad’s (a central district of Shahr-e Babek in Iran) melting capacity to 6,000 tons. The company reached this amount for the first time thanks to implementing this project. It also launched and opened five sulfuric acid production units with purely environmental objectives. Khatunabad’s sulfuric acid production unit is also in the final stages of operation this year.

The CEO of the company said in a statement that the company plans to accelerate the development plan in Kerman province. The project alone will add more than $ 2 billion to the copper company’s turnover. New programs are also underway to build two Midok Phase Concentrate plants in Babak City, Phase Three Well, and set up a slag processing plant at Origin to use a significant volume of slag depots as feed for production.

National Iranian Copper Industries Company involves all copper mines operations throughout the country. The company is responsible for numerous activities. Including extractions and the utilization of copper mines, production of the metal concentrates. And the manufacturing of products such as slabs, cathodes, billets, and 8 mm wire rods.

Sarcheshmeh copper complex is one of the largest copper mines in the country. It is located in the Kerman province, in the southern part of Iran. This province contains the world’s second-largest lode of copper ore. Production units of the copper complex include the mine itself, concentrator, smelter, refinery, factories, and leaching.

In 2009, the country produced 383, 000 tons of the metal and exported $1.2 billion worth of copper cathodes. Iran has the world’s 9th largest copper reserves.