Digital currencies are becoming more popular and one of the examples of how crypto is changing everyday life comes from Turkey. Based on the Statistica’s Global Consumer Survey 20% of Turkish citizens are informed about the cryptocurrencies.

Moreover, Turkish authorities more precisely the president of Turkey commented about this topic. Recep Tayyip Erdogan said that testing of the digital lira would be over in 2020.

This is not the first survey connected with the local cryptocurrency market. Moreover, in 2015, ING conducted a survey. According to this survey, 45% of Turkish people thought that Bitcoin was the future of online spending.

In Turkey, gaming played a crucial role when it comes to popularizing various digital currencies Thanks to an enormous number of gamers, cryptocurrencies became more popular in the country.

He thinks that crypto adoption is closely related to gamers. Based on the information provided by Ozistek, there are more than 30 million gamers in Turkey, which is more than a third of the total population. 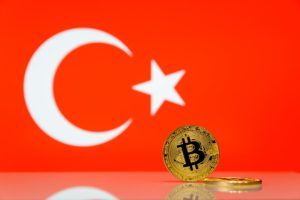 It is no secret that Russia’s Federal Security Service (FSB) is one of the most powerful organizations in Russia. The current president of the Russian Federation is a former boss of FSB. This fact underlines the significance of this organization to Russian authorities.

Based on the investigation conducted by the journalists, FSB forced the co-founder crypto exchange WEX/BTC Alexey Bilyuchenko to hand over information regarding the customer’s digital wallets. Bilyuchenko stated that FSB officials forced him to provide information about the clients.

As a reminder, WEX ceased to exist amidst the allegations of money laundering in late 2018.

Famous Football Player and His Cryptocurrency