The pair was consolidating above its support line, which signals an upward projection for the pair in the following days. The relationship between the United States and Turkey was on its lowest level following Turkey’s shift to Russia in buying its defense system. Turkey is planning to acquire Russia’s S-400 ballistic missile defense system despite being a member of the NATO (North Atlantic Treaty Organization) Alliance. The European Parliament also hold a non-binding vote calling for the suspension of Turkey’s accession in the European Union after Turkish President Recep Tayyip Erdogan was accused of power accumulation following Turkey’s transition from Parliamentary to Presidential. This alteration in the Turkish constitution gave President Erdogan the power to elect the heads of its government institutions. Histogram and EMAs 13 and 21 will continue its upward movement in the following days. 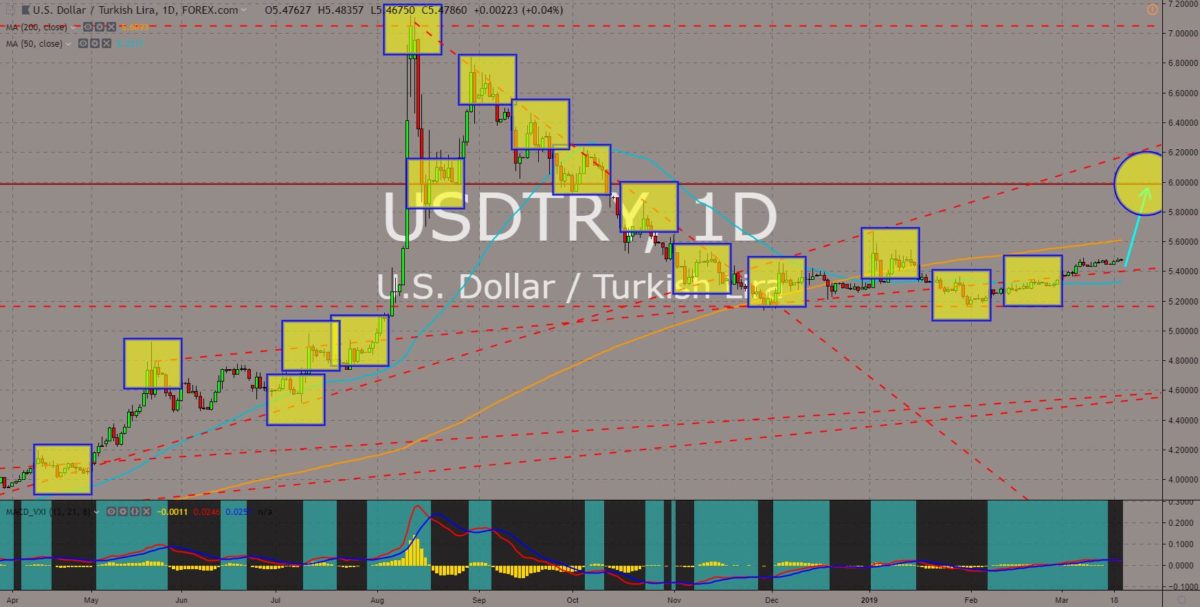 The pair bounced back from 50 MA, which mark as the pair’s recovery after the crossed over between MAs 50 and 200. The ratification of the EU-Japan Free Trade Deal paved way to the creation of the largest trading zone in the world. This was a major accomplishment for the European Union who promised to protect globalization after US President Donald Trump pulled out the United States from the rest of the world. The European Union was facing a slowdown of global growth, including the economic growth of its member states. This success could be bought to Latin America once Brazil will be able to reintegrate the Mercosur Deal members, which was the largest trading bloc in the South America. However, cautious must still be taken as Brazilian President Jair Bolsonaro was seen to be taking the same step as the United States’ withdrawal from the world. Histogram and EMAs 13 and 21 was expected to reverse back. 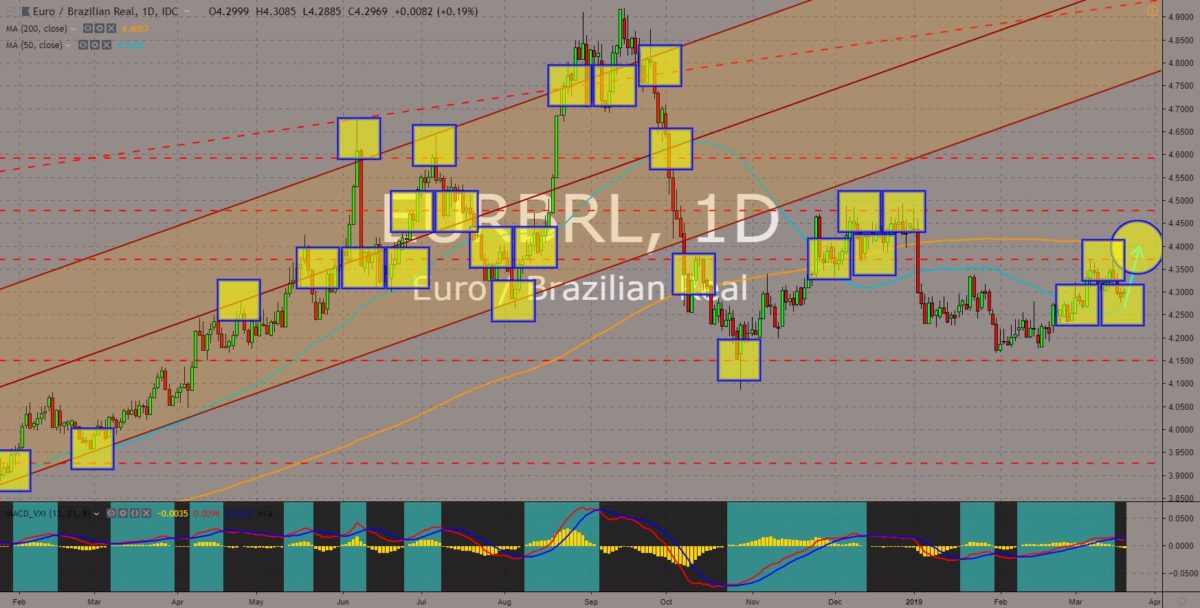 The pair shows its failure to sustain its strength, after it broke out of the downtrend resistance line, sending the pair lower to the previous resistance, which was now the pair’s support line. Brazilian President Jair Bolsonaro will be heading to the United States to meet with US President Donald Trump to consolidate their far-right alliance. This could be the best opportunity for the United Kingdom to extend its influence in America after its set withdrawal from the European Union on March 29. The United States was the UK’s closest ally, which could signal a trilateral relationship between Europe’s United Kingdom, North America’s United State, and South America’s Brazil. On the nationalist point-of-view of President Bolsonaro, he will likely cooperate with the United Kingdom rather than the European Union, which gives UK an advantage. Histogram and EMAs 13 and 21 already crossed over for its downward movement. 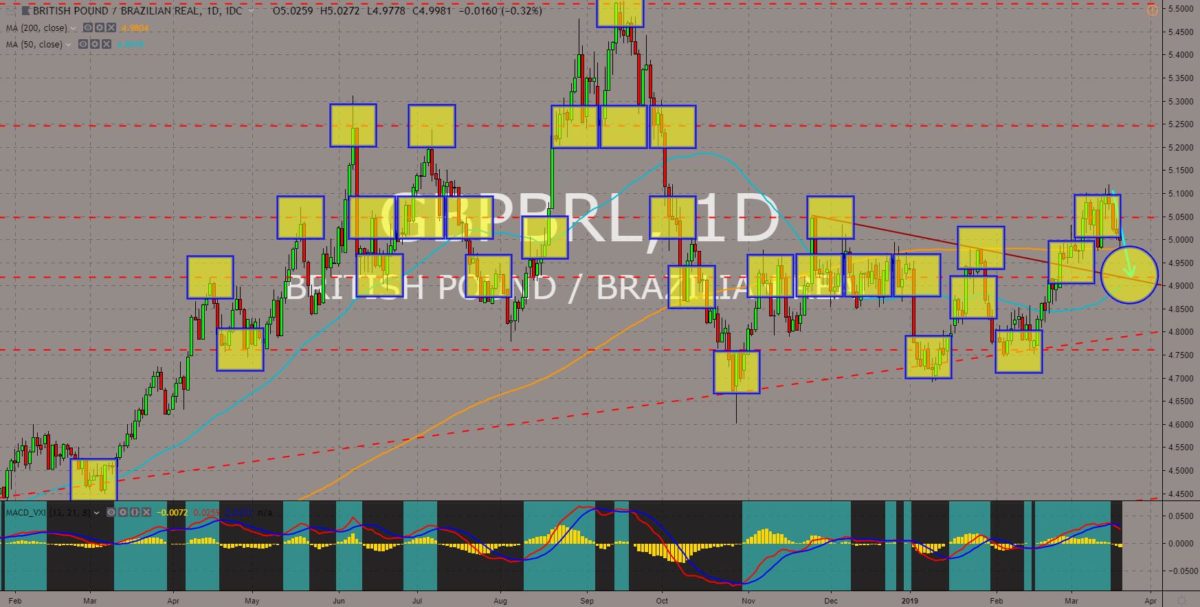 The pair was seen bouncing back from three (3) support lines, including 50 MA, which signals a future rally for the pair. In line with the meeting of US President Donald Trump and Brazilian President Jair Bolsonaro, President Trump expressed his willingness for Brazil to join the NATO (North Atlantic Treaty Organization) and OECD (Organization for Economic Co-operation and Development), which are known to be a “rich country’s members club”. However, the support didn’t come free. The United States was seen to lobby Brazil to separate the country from its fellow BRICS (Brazil-Russia-India-China-South Africa) members to weaken the influence of Russia and China. The BRICS members are known for their significant influence on regional affairs and are all members of G20. The next G20 Summit will be held in Japan on June 2019. Histogram show buying pressure, while EMAs 13 and 21 will reverse in the following days. 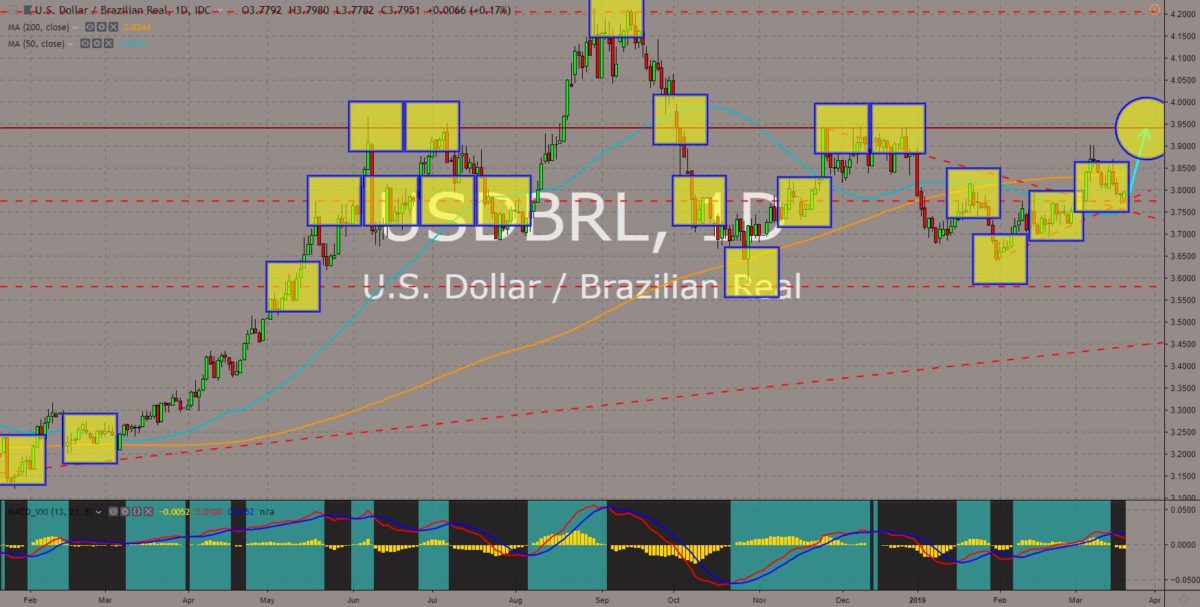