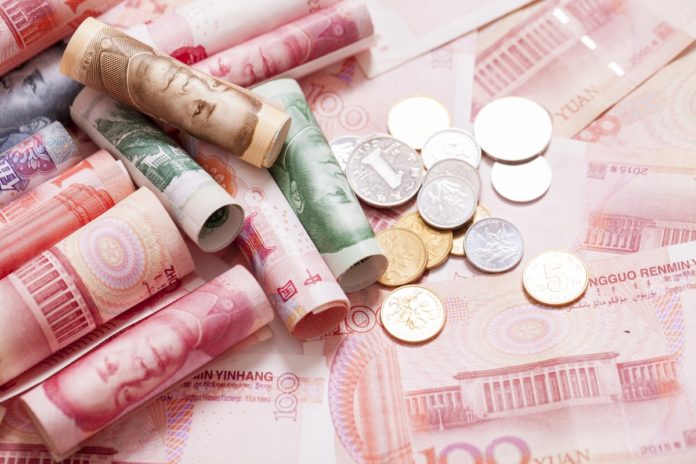 The Chinese yuan steadied at 7.0100 per dollar while the traders awaited additional stimulus from Chinese officials.

China took aggressive steps to offset the economic impact of the coronavirus epidemic.

However, while such policy helped the Chinese Yuan to strengthen against the dollar in offshore trade, the Japanese yen struggled.

It traded at 111.27 per dollar in Asia on Thursday, dropping to its lowest level since May 2019. Before that, the currency fell by 1.3% on Wednesday.

The yen skyrocketed during the last weeks’ thanks to its safe-haven status. The investors employed risk-off tactics, moving from the Chinese yuan to the Japanese currency, as well as the U.S. dollar.

However, as the number of the virus’ new cases started to slow in China, traders’ demand for yen weakened, causing it to lower.

The Chinese government said they are ready to take more drastic measures to support the companies hit by the virus. This statement also reduced demand for safe-haven investments.

Foreign exchange strategist at Daiwa Securities in Tokyo, Yukio Ishizuki, thinks the yen could bounce back slightly in the very short term after its sudden fall. But such relief would be short, as the sentiment is leaning away from risk-off as China is willing to pull out all the stops to support its economy.

The Sterling and the Euro struggled. What about the Swiss Franc?

The sterling lowered by 0.6% on Wednesday. Its decline is due to the uncertainty about Britain and the European Union’s impending trade deal.

The dollar stays high so far due to the good new data about the U.S. economy.

The currency weakened after disappointing economic data caused it to collapse, though it managed to stabilize moderately in Asian trading.

The Swiss franc also suffered during the last days. It was quoted at 0.9841 versus the dollar, nearing to its lowest point since December.