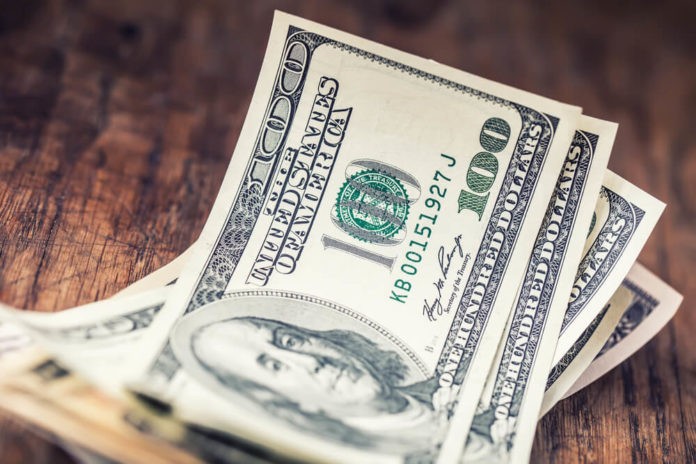 On Tuesday, the U.S. dollar fluctuated near two and a half year low. Investors were encouraged to take on more risk as U.S. lawmakers pushed forward with an enhanced coronavirus relief package.

On December 28, the House of Representatives voted to raise stimulus payments to qualified Americans to $2,000 from $600, sending the measure to the Senate for a vote.

According to Tokyo Branch Manager of State Street Bank and Trust, Bart Wakabayashi, optimism is generally coming from equity markets.

short positions on the dollar increased to $26.6 billion

According to data released by the Commodity Futures Trading Commission on Monday, short positions on the dollar increased in the week ended December 21 to $26.6 billion, the record high in three months.

The dollar against the yen stood at 103.694 yen, little changed versus another safe-haven currency.

Meanwhile, the Chinese yuan advanced by 0.2% and touched 6.5192 per dollar in the offshore market while onshore yuan little changed at 6.530 per dollar.