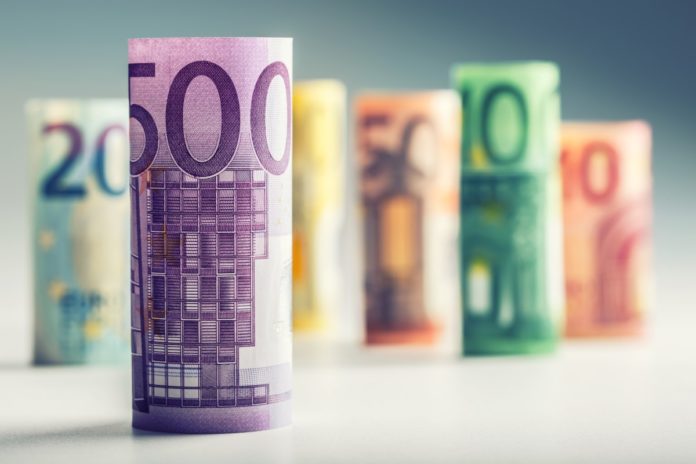 The Euro plummeted down against the U.S dollar on Tuesday, reaching its three-year low. Such a downfall was due to weak manufacturing and gross domestic product data from Germany. It seems that the eurozone is more vulnerable to external shocks than analysts claimed.

Junichi Ishikawa, the senior foreign-exchange strategist at IG Securities in Tokyo, stated that the Euro is close to testing an important support level at $1.08.

The currency seems oversold now, and in the very short-term, there could be a bounce, but the Euro’s fundamentals still point more to the downside – noted Ishikawa. The currency fell 0.12% to $1.0827 in Asia, close to its lowest level since April 2017.

However, Euro’ s downfall may continue further, as Germany’s ZEW survey will be released later today. Analysts predict it will show that economic sentiment slipped from the highest level since July 2015. If this claim proves true, then Euro will lower again.

Sterling has also dropped against the dollar and the Euro due to the Brexit uncertainty. The terms of the trade negotiation are still dubious, and it has a negative influence on the currency. So far, both Britain and the European Union laid out conflicting views on how to proceed with negotiations.

The pound declined by 0.3% in the previous session but then steadied at $1.2998 in Asia on Tuesday. Sterling also experienced a 0.4% decline on Monday, at last standing at 83.33 pence per Euro.

How about Asian currencies?

The yen rallied during the last weeks, thanks to the risk-off tactics, but it began a decline after the new data’s release about Japan’s economy. However, it managed to hold steady in a narrow range at 109.74 per dollar.

The onshore yuan lowered a bit at 6.9859 versus the dollar, and the New Zealand dollar also fell 0.4% to $0.6411. Furthermore, the Australian dollar dropped down by 0.39% to $0.6690 after minutes from the Reserve Bank of Australia’s first meeting of the year showed policymakers discussed easing policy.