Home News Forex The U.S. dollar fell on Monday. What about other currencies? 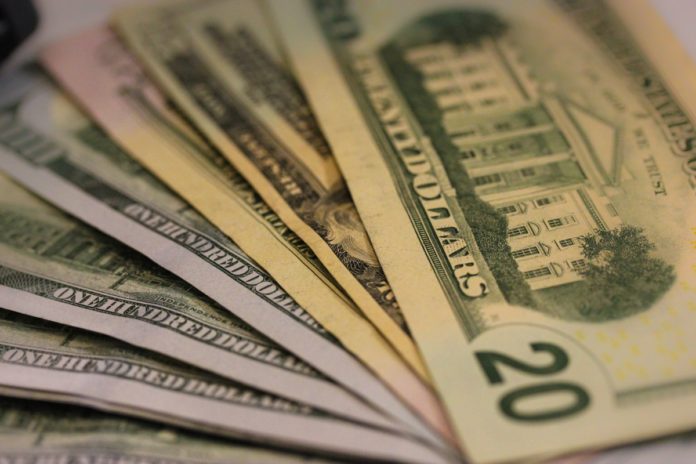 The U.S. dollar index lowered slightly on Monday while financial markets waited for news about U.S. President Donald Trump’s health, as well as developments in fiscal aid talks. Trump stated on Friday that he had tested positive for coronavirus. After that, investors moved to safe-haven assets, and sell-off began on stock markets.

However, Trump made a surprise appearance recently in a motorcade outside the hospital where he is being treated. That helped improve risk appetite. According to his doctors, the President could be discharged from the hospital today.

Ulrich Leuchtmann, the Commerzbank’s head of FX and commodity strategy, noted that FX traders could not agree on how to interpret the recent news flow. Furthermore, investors tracking developments in talks in Washington about a Covid-19 relief package after U.S. House Speaker Nancy Pelosi reported progress in the discussions on Sunday.

ING strategists stated that concrete developments have been thin on the ground, and they doubt investors will want to chase risk assets until more clarity has emerged.

How are the major currencies faring?

The greenback tumbled down slightly against a basket of currencies, but its index remained close to recent ranges, lowering less than 0.1% at 93.785 on Monday. The U.S dollar-yen climbed up by 0.3% to 105.615, recovering from its sharpest plunge in more than a month on Friday.

On Monday, riskier currencies surged forward. However, these gains abated by the time European markets opened. The Australian dollar jumped by 0.2% at 0.71735, while the New Zealand dollar declined by 0.1% at 0.6641. The Australian budget announcement and the Reserve Bank of Australia’s policy meeting are on Tuesday.

Meanwhile, the euro edged up by 0.1% at $1.17260. The risk-off Swiss franc also gained, lifted by Japanese tech firm NEC stating it will buy Swiss financial software company Avaloq Group AG. The pound traded at $1.2917, declining by 0.2% during the last session.

Traders are waiting for the U.S. Federal Reserve’s meeting, which is due on Wednesday. European Central Bank meeting minutes will also follow on Thursday.