Toyota Motor Corporation is one of the most famous car manufacturers in the world. Moreover, people from all over the world, have at least some knowledge about this company. It is worth mentioning that, Toyota Systems is cooperating with the Japanese cryptocurrency exchange DeCurret. The purpose of this collaboration is to develop a branded Toyota digital currency. As a reminder, Toyota Systems is the IT arm of the famous company.

Interestingly, 2,500 of the IT arm will take part in the large-scale pilot project. It is worth mentioning that, the platform will feature digital currency payments for benefits.

People should keep in mind that, the new pilot uses cryptocurrency exchange’s proprietary blockchain-based platform when it comes to issuing and managing digital currencies. Furthermore, the pilot will test the scalability of a peer-to-peer model on the blockchain. It will also test business issues related to payments to a large group of people. 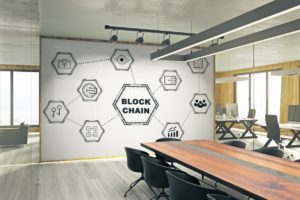 Toyota is actively involved in the blockchain industry. For example, in March of this year, Toyota Motor Corporation along with its Financial Services Corporation unveiled its Toyota Blockchain Lab. Importantly, the lab is exploring the future of the automotive industry.

The history of this lab dates back to April 2019. The world-famous company wants to become a more holistic mobility company, providing a wide-ranging transportation-related platform. It is worth mentioning that, to achieve this goal the company intends to use blockchain. This way, it wants to develop an environment in which users can connect more openly and securely with the companies, that provide users with services.

Moreover, Toyota is not the only car manufacturer that is ready to experiment with blockchain and crypto. Earlier this month, BMW Korea announced it will be the first branch in BMW Group to run a blockchain-based token trial. Importantly, it aims to fully launch it in the country by the end of 2020.

Also, this year more precisely in September Groupe Renault tested its blockchain project. The aim of this project is to ease the compliance certification of vehicle components. As can be seen from the information stated above, companies are willing to pay more attention to the blockchain industry.