Home News Forex U.S. dollar rebounded for a recent fall. What about Euro? 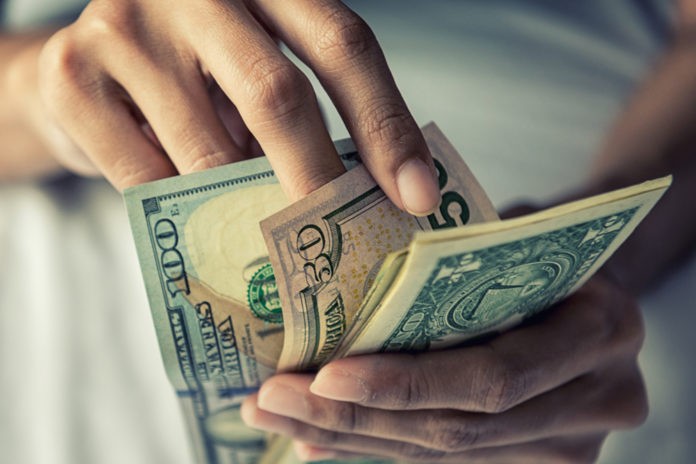 The U.S. dollar recovered from a recent decline and rose against the major currencies on Friday. Investors resumed buying dollar once again, as economic fallout from the coronavirus pandemic is worsening.

The greenback index increased almost by 2.5% over the week, even though it fluctuated during the last month, first hitting high and then tumbling down as the U.S. Federal Reserve flooded the forex market with liquidity.

On the other hand, the Euro weakened due to the indecision among eurozone governments about a rescue package for economies damaged by the pandemic. According to analysts, the Euro may be falling due to rebalancing also as forex reserve managers stock up on dollars.

The U.S. currency gained 0.5% against the Euro, trading at $1.0799 on Friday. Such a rise put the dollar on course for a 3% gain over the week. Furthermore, the greenback was up 0.5% versus the basket of currencies.

However, the disastrous economic impact of the epidemic is becoming more evident as lockdowns continue. Purchasing managers’ indexes across the eurozone, as well as Britain, showed a slump in business activity on Friday.

Analysts at Commerzbank noted that global recession fears are terrifying the markets without much differentiation between the countries. Which is why the U.S. dollar is standing up rather well. However, the coronavirus is already causing chaos in the United States.

Weekly jobless claims doubled to 6.6 million in America during the last week. U.S. payroll figures are due on Friday, but experts pointed out that the cut-off period for the survey is March 12, and it will not reflect the impact of coronavirus.

Oil-exposed currencies skyrocketed briefly on Thursday, the Norwegian crown and Canadian dollar among them. But they collapsed again due to the doubts around supply cuts.

The Swiss franc, sterling, and the Japanese yen, as well as the Australian and New Zealand dollars, declined against the dollar as it strengthened across the board.

According to Seema Shah, chief strategist at Principal Global Investor, when governments lift self-isolation measures, economic activity will take much longer to get back on its feet.