Home News Economy U.S. National Debt and its Impact on the Economy 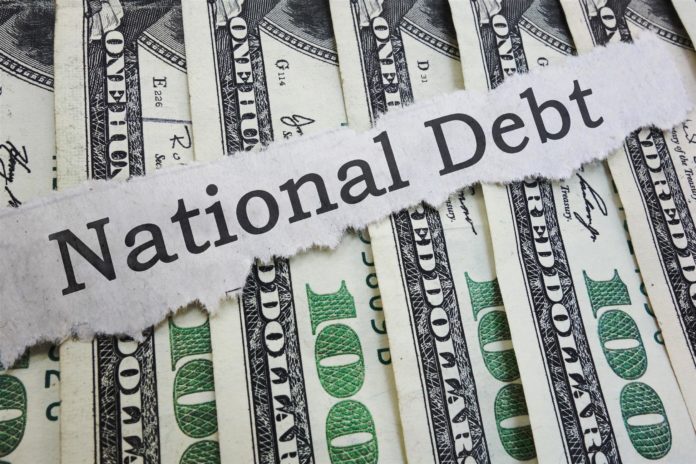 The U.S. has the largest economy in the world, but there are certain challenges as well. For example, excessive government debt levels have the potential to affect economic stability. Thus, it is important to learn more about the national debt and its influence on the economy.

It is worth noting that many lawmakers would like to cap the proposed next stimulus package at a trillion dollars, as they won’t address concerns connected with the excessive national debt. Furthermore, the country could lose its ‘triple-A’ credit-rating if the U.S. government dent is not managed properly in the future.

Let’s compare a gross domestic product (GDP) with the total value of what it produces in a year. As stated above, the U.S. national debt was rising sharply even before the pandemic. As a reminder, debt to GDP rose to 50% by the start of the 1990s. Interestingly, before the pandemic, the U.S. debt was estimated at 109% of GDP, currently, it is much higher. The country’s GDP declined, and in addition, stimulus measures implemented by the government represent another challenge. This is not the end of the story as GDP to debt could reach more than 130% in the U.S. by 2021 based on the information by credit-rating agency Fitch.

High government debt may seem a problem, but people should take into consideration other factors as well. For instance, interest rates are very low. The country’s government has the opportunity to borrow money for 30 years at under 1.5%. As a result, it is relatively easy to service. 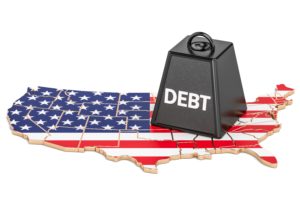 The national debt is high, nonetheless, it is far easier to service that debt thanks to incredibly low-interest rates. However, inflation, as well as interest rates can change quicker than many expect.

It is not a secret that many countries use the dollar as the de facto currency. The country has the advantage that its currency is broadly used and well respected. Consequently, that provides it with greater financial latitude than other countries. Importantly, America’s economic position is helpful when it comes to managing debt.

Debt to GDP over 100% is a serious problem. However, it is possible to deal with high debt levels. For example, debt to GDP in the world’s third-largest economy stands at over 200%. As can be seen from this example, there is not an obvious level above which debt becomes unstainable.

It is worth mentioning that, at the moment, it possible to deal with the U.S. national debt. However, if the country wants to keep its ‘triple-A’ credit-rating, it would be better to take measures to deal with problems.