British gas will be changing its decision to increase extra payment for prepaid customers. The top-up accounted for £1 to £5. It caused a strong adverse reaction from customers.

Traders say that trading is quiet because it’s a half-term break. Therefore, a lot of people are out. They suppose the liquidity to remain reduced this week. 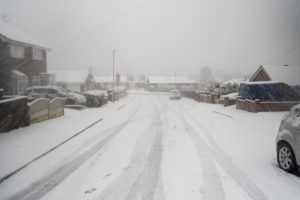 Windstorm Dennis hit Britain last week. Wind generation remains strong, and it reduces gas-for-power demand. Analysts predict that Uk wind power generation remains above average. Only in late February, it might experience a slight drop in the middle of the week.

The environment agency says storm Dennis swells rivers to exceptional levels in parts of the UK. In some areas of the country, water levels continued to rise overnight. Forecasts are warning that the rain may become persistent and heavy.

National Grid data showed that the UK gas system was undersupplied by 23.3 cubic meters. The expected demand was 262.2 mcm, and the supply rate estimated at 238.9 mcm.

On Monday, the anticipated peak wind production of 17 gigawatts didn’t correspond to the demand. Although it was lower than an earlier forecast. Predictions showed that the demand would rise slightly on Tuesday. But as a result, it moved down to 13.5 GW. As temperatures rise, residential consumption could be reduced later this week, traders say.

On the supply side, there was a sudden drop in liquefied natural gas export. Forecasts predicted a total of 61 mcm to be sent to the gas system, a 40 mcm drop from Friday volumes, showed data compiled by Refinitiv.

Other supply sources were stable, with flows from the UK Continental Shelf expected to be at 129 mcm/day and imports from Norway at 63 mcm/day.

Sarwjit Sambhi, consumer chief executive at British Gas’s parent company Centrica, said that they carefully listen to their customers’ feedback. The company tries to keep the costs down to offer customers the best value. Sambhi says that they continue to look at the ways that they can help the most vulnerable customers.