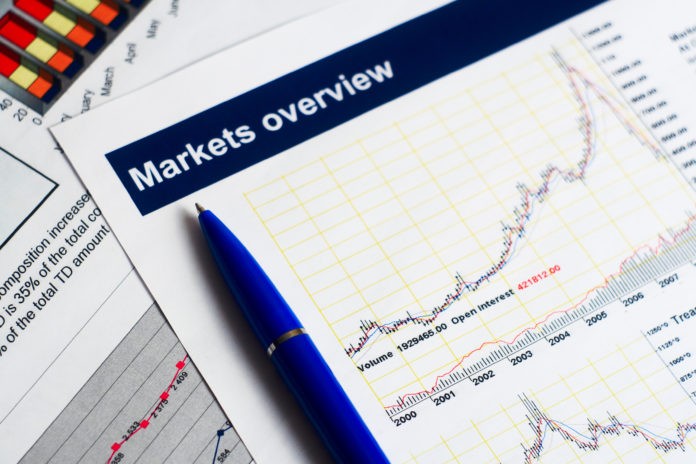 Global markets had some significant ups and downs this week. In This article, we will summarize some major highlights in Forex, Crypto, Stocks, and Commodity markets that occurred this week.

Let’s start with the forex market. USD had some great updates this week. The U.S. dollar hit a nine-month high against major currencies on Friday.

The dollar rose due to concerns that the Delta coronavirus mutation might delay the global economic recovery. Plus, Central banks are beginning to reverse stimulus measures during the pandemic.

The volatility of the currency market was much more controlled than Thursday as the stock market stabilized. However, the risk-sensitive Australian dollar and New Zealand dollar still fell sharply again.

The USD index, which measures the currency against six other currencies, significantly rose and reached 93.597 for the first time since the beginning of November.

The minutes of the Fed’s July meeting released on Wednesday showed that officials expect to reduce monthly bond purchases later this year.

Weekly updates of other currencies

The extension of the COVID-19 blockade on Sydney for one month caused the Australian dollar to fall to a nine-month low against the U.S. dollar, down 0.4%.

Plus, it is expected to record its worst weekly performance since September 2020.

The yen, another safe-haven currency, fell slightly by 109.69 against the U.S. dollar.

China’sChina’s regulatory crackdown and concerns about growth and COVID-19 have prompted investors to look for safer assets.

Bitcoin, the largest cryptocurrency, has the greatest impact on overall crypto market trends. Thus, analyzing Bitcoin’s performance of this week tells a lot about the market.

Bitcoin seems to stay still this week, after a significant hype at the end of July.

The biggest cryptocurrency was trading at approximately US$30,000 on July 21, but it has been on an upward trajectory for the next two weeks, reaching US$47,000 by the end of last week.

Even after Japan’sJapan’s Liquid exchange claimed that hackers had stolen millions of dollars, Bitcoin remained at a level above 44,000 dollars.

How do charts predict Bitcoin’s future?

However, technical indicators suggest that Bitcoin may still experience a short-term bearish rollover.

The 4-hour Relative Strength Index (RSI) trend is below the 50 marks, and the Moving Average Convergence Divergence (MACD) is in the negative zone after the bearish crossover.

U.S. stock index futures have fallen this week. Generally, stock markets around the world are suffering from money loss.

Hong Kong’s benchmark stock index has entered a bear market, and the Stoxx Europe 600 Index is expected to record its biggest weekly decline since February.

Treasury bond yields fell, too, while causing the gold prices to rose.

Asian markets have been hit by harsher Chinese enforcement actions this week. On Friday, the Hang Seng Index fell 1.8%, down more than 20% from its recent high on February 17.

This expanded its weekly decline to 5.8%, its worst performance since March 2020.

Tencent Holdings Ltd. warned the industry to get ready for more regulation, including major changes about the company’s data usage for advertising.

In Europe, the loss is relatively small. Marks & Spencer Group Plc’s share price soared after raising its earnings forecast due to solid food and apparel sales.

Wm Morrison Supermarkets Plc rose nearly 5% in London trading. As the bidding war with Fortress Group for control of the U.K.’s fourth-largest grocer intensified, Clayton Dubilier & Rice LLC increased its offer for the company to $9.5 billion.

Moderna Inc.’s stock price fell too. The results came after the Washington Post report about health officials’ investigation. The report says that the company’s vaccine may be associated with a higher risk of heart disease than previously thought.

The oil market suffers from the longest one-day drop since 2019. The outcome is caused by the U.S. Federal Reserve’sattempt to reduce stimulus measures to push the dollar up. Besides, concerns about global energy demand continue to intensify, pushing the oil prices down.

West Texas Intermediate crude oil futures fell for the seventh consecutive day, falling 7.3% this week. After the Fed signaled, other raw materials, including copper and iron ore, fell on Thursday.

Although the spread of the coronavirus may bring about economic recovery, the prospect that the Fed may cut its asset purchase program has hit oil prices this month.

The pandemic still poses a threat to energy demand, especially throughout Asia, where China, a major importer, restricts flows to fight the epidemic.

As crude oil prices are weak, expectations of further substantial inventory reductions in the coming months have eased.

Bank of America said that as the delta continues to spread, prices may fluctuate within a range in the second half of this year.

Also, inventories are unlikely to experience a more substantial decline. Citigroup said that the plunge in oil prices might force OPEC+ to suspend its next production increase plan.

In Australia, as we mentioned above, the two-month blockade in Sydney will be extended at least until the end of September.

In the United States, as the virus spreads, more and more companies have announced plans to keep their employees at home.