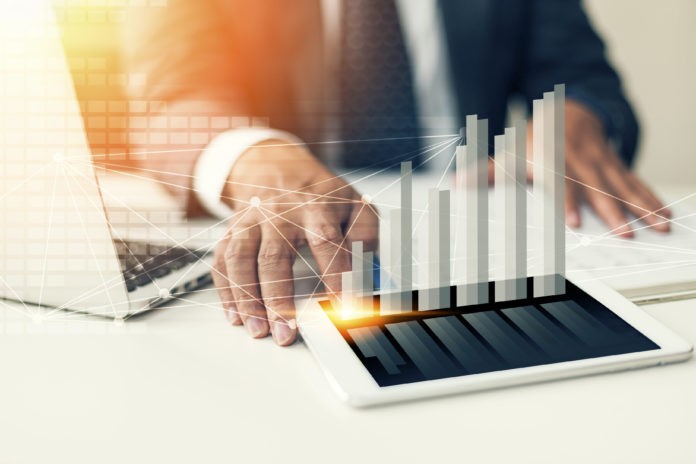 Statistics in economics change every day. Our weekly overviews will help you determine the approximate market updates for your future investments and actions. So, let’s discuss how forex, stock, crypto, and commodity markets performed this week.

Let’s begin with the forex market. The U.S. dollar began to approach its highest level this year in the last quarter of 2021. It is expected to have its best week since June as the currency market prepares for the U.S. interest rates to rise before major currencies.

This week, the yen fell 0.6% and lost twice in two weeks, as rising U.S. Treasury yields have shifted yen funds from the yen to the dollar. U.S. Treasury bond yields have soared because the market’s expectations for a reduction in U.S. production before the end of the year and an interest rate hike in 2022 continue to increase.

Last week, the Fed’s meeting strengthened its expectations of reducing asset purchases this year and rising interest rates in 2022 or early 2023.

Beijing is scrambling to provide more coal to utility companies to restore supply because the power contraction may impact economic growth, which has disturbed the market.

How have the other major currencies performed?

The Australian dollar rose 0.7% overnight, but this was not enough to offset the decline in the quarter as the price of iron ore, Australia’s main export product, fell.

The Australian dollar fell 3.6% in the third quarter, the worst performance of the G10 currency against the U.S. dollar. It hit a one-month low earlier this week and finally was slightly above that level at $0.7222.

The pound also underperformed last quarter, falling 2.5%. Despite the growing supply chain problems, the pound seems to have its worst week in more than a month. It’s mainly due to concerns about the central bank’s hawkish stance.

The pound is trading slightly above the 9-month low of 1.3445 US dollars. Hong Kong and China markets are closed on Friday. Later in the day, traders were awaiting data on U.S. personal spending and core consumption deflators. They were nervously watching any progress in the debate on raising the U.S. debt ceiling. The deadline for authorizing additional debt borrowing will approach in mid-October.

On Thursday, the stock market fell on the last trading day of September and the third quarter. Due to inflation concerns, economic background, and Washington’s debate on a series of measures weighed on the stock market. The stock market continued its volatility for several weeks.

The S&P 500 index closed down 1.2%. The index fell more than 4.5% in September, the first monthly decline since January. Concerns about fiscal and monetary policies, inflation, Chinese regulation, and the ongoing pandemic are colliding, pushing the stock market off the upward track. Despite this, the S&P 500 index is still up about 15% so far this year as of Thursday’s close.

Although cyclical stocks fell during the trading hours on Thursday, they led the gains in September as investors bet on rising inflation and interest rates. Rising crude oil prices have helped the energy sector become the best performing sector in the S&P 500 index so far.

The rise in Treasury bond yields has become a driving force for banks’ profitability.

The Nasdaq Index has performed poorly in the past month as traders withdrew from growth stocks and technology stocks that drove up the market last year. As U.S. Treasury yields have soared in the past week, Goofy’s technology stocks have also been hit, and rising borrowing costs have weighed on the valuations of growth companies that rely heavily on prospects for future solid earnings.

Thursday night also marked the deadline for Congress to reach an agreement on funding the government after the September 30 fiscal year. Otherwise, it might be closed from Friday.

On Thursday afternoon, the Senate and the House of Representatives passed a short-term appropriation bill to ensure that the government runs before December 3 and submitted the statement to President Joe Biden for approval.

Bitcoin prices experienced two fatal adjustments on September 7 and September 20. However, buyers stepped in, allowing shorts to compete for funds, leading to consolidation. Buyers seem to have control of the ship and may aim to get out of the bullish pattern.

As news of China’s ban on cryptocurrencies spread like wildfire, Bitcoin prices suffered a heavy blow on September 20. The People’s Bank of China (PBOC) issued a notice to tighten the mining lasso to combat gray areas in the mining industry.

In addition, the note also mentions a series of illegal activities, such as trading cryptocurrency. It also pointed out that it will take precautions to identify and prohibit the hype surrounding digital assets.

The recent development is not the first time China has banned Bitcoin and other cryptocurrencies. In fact, there have been about 12 bans in the country in the past ten years.

Unlike China, the United States is accepting cryptocurrencies slowly. El Salvador, the country that made BTC a legal tender, is making progress in this regard.

Since August 26, the price of Bitcoin has set three distinct lower highs and lower lows. Using trend lines to connect these peaks and troughs shows the formation of a descending wedge.

This technical pattern is predicted to rise by 12% to 49,725 USD, determined by adding the distance between the first swing high and swing low to the breaking point of 44,192 USD. To be sure, investors can wait for the closing price to be higher than $44,893 to confirm the start of the upward trend.

However, this bullish outlook applies to the short- to medium-term time frame. To reverse the long-term situation, BTC needs to create a high above $53,000 to run at a historic high of $64,951.

Analysts said that due to China’s power contraction and the Evergrande crisis, the commodity market—mainly industrial metals, coal, and soybeans—may fluctuate for the rest of the year and at the beginning of the new year.

New York futures fell 0.6%, reflecting weakness in the stock market. According to the analysts, attention is shifting to the OPEC+ meeting at the beginning of next week. By then, increasing production beyond the planned 400,000 barrels per day is a viable option.

China struggles with the deepening power crisis. After China ordered its state-owned enterprises to ensure winter energy supply at all costs, investors’ attention continued to focus on demand. At the same time, the July monthly consumption data released by the U.S. was lower than expected.

After that, Beijing ordered that rising energy prices become the latest sign of a political problem.

This may put greater upward pressure on the already rising prices of coal and liquefied natural gas and petroleum products such as fuel oil, diesel, and propane that can be used to generate electricity or power small generators. This strengthens the review of OPEC+’s next move when it meets on Monday.

As the world scrambles to secure electricity supply before winter, the diesel market is soaring. In the U.S. and Europe, the profitability of converting a barrel of crude oil into fuel has been the highest since April 2020.

An internal OPEC document shows that if natural gas prices remain high for a long time, world oil consumption may increase by 370,000 barrels per day, accounting for about 6% of the expected increase.

At the same time, according to a document from the OPEC Secretariat, the international oil supply is expected to decrease by 1.2 million barrels per day from consumption this month and by 900,000 barrels per day in November.

Global economics are highly fluctuating every day, so it is not easy to make accurate predictions. However, we hope our weekly overviews help you see what might come next in Forex, Stock, Crypto, and Commodity markets.