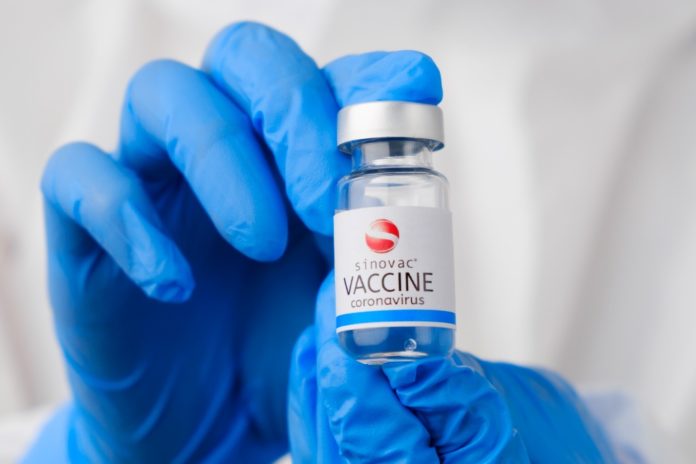 According to the latest news, the World Health Organization (WHO) has approved the Sinovac coronavirus vaccine for emergency use. Notably, it is the second Chinese vaccine to get the WHO’s approval after Sinopharm.

The WHO announced it prevented symptomatic disease in 51% of those vaccinated and prevented severe symptoms and hospitalization in 100% of samples. However, according to WHO experts, some evidence and data gaps are still lacking.

Meanwhile, the approval opens the door for the jab to be used in the Covax program, aiming to ensure fair access to vaccines.

The vaccine has already been used in several countries, and it has been recommended for over 18s, with a second dose two to four weeks later.

Who announced that the emergency approval indicates the shot meets international standards for safety, efficacy, and manufacturing.

A study in a Brazilian city witnessed a 95% decline in coronavirus deaths after it vaccinated almost all of its adults with Sinovac.

Remarkably, Serrana, in the Southeastern Brazilian state of Sao Paulo, is home to 45,000 residents. According to the study, once 75% of its population was injected, the number of cases and hospitalizations dropped.

Brazil has the second deadliest outbreak of coronavirus infections in the world.

It is expected that the decision to list the Chinese vaccine for emergency use will boost the Covax initiative, which has been struggling with supply difficulties.

China announced that it has already produced 10 million doses of coronavirus vaccines for the Covax scheme and aims to reach 3 billion doses by the end of 2021.

Except for China, the vaccine is already being administered in countries, including Chile, Brazil, Indonesia, Mexico, Thailand, and Turkey.

Besides, Sinovac’s vaccine can be stored in a standard refrigerator at 2-8 degrees Celsius.

This indicates Sinovac is a lot more useful to developing countries that might not be able to store large amounts of vaccine at low temperatures.