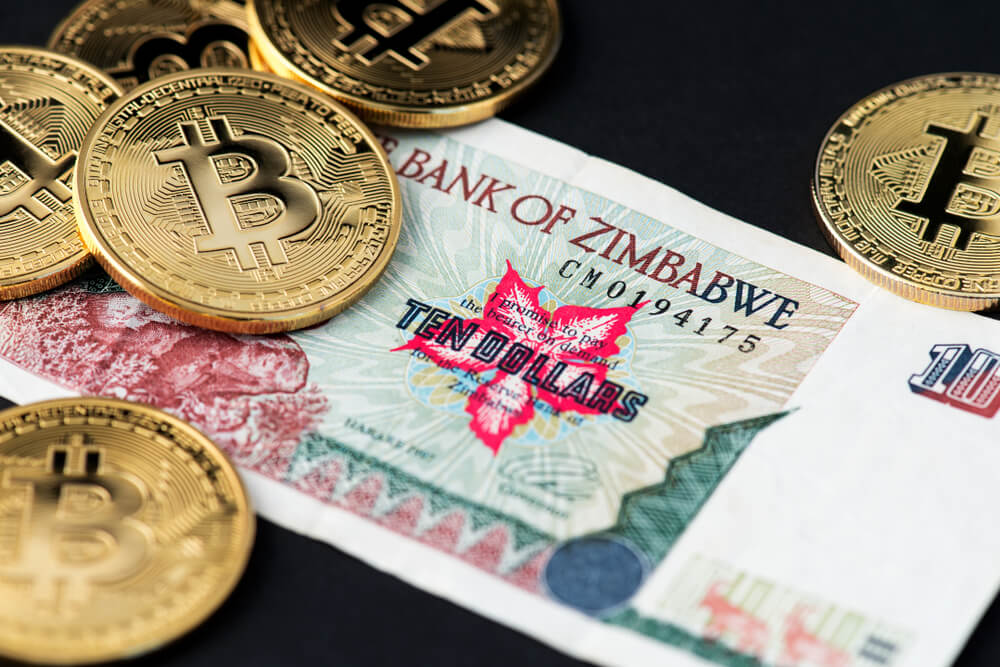 The former FNB CEO and Montegray founder Michael Jordaan expressed his opinion. He said that a “stablecoin” like Facebook’s Libra might be suitable in solving many of the country’s currency troubles.

In fact, since 2007, Zimbabwe has been struggling with hyperinflation.

The inflation has hit a peak of 80 billion percent month-on-month before the currency distorted.

In 2009, after the government stopped printing Zimbabwean dollars, people started to use international currencies. In trading, the US dollar and the South African rand are also a part of.

Zimbabwe then restored the Zimbabwean dollar in June 2019. Meanwhile, the use of foreign currencies like the US dollar or SA rand as legal tender were banned.

The government these days would consider legalizing and regulating the use of cryptocurrencies.

This is to benefit from tax collections and minimize financial crimes such as money laundering.

It was a suggestion from a professional accountant who appeared at the Association of Certified Chartered Accountants (ACCA) meeting. It ended in Victoria Falls on Sunday.

Participants indicated that the government should allow the usage of block chains. All especially now that the country also uses the plastic money payment system.

Moreover, cryptocurrency can encourage them into modernization. It will also support the market in terms of providing a regulatory environment. Additionally, out of which it can be able to capture and get tax.

Administrations can get money out of crypto markets. This is through tax and the need is to progress on transparency and awareness of political leaders.

The crashes are already starting to show. The country’s finance minister detailed the comeback of the Zimbabwe dollar to stabilize the economy.

This hyperinflation is one of the big trials the country faces. It will be a tax that hurts the poor all across generations, Jordaan said.

In addition, Jordaan explained, “Inflation forces the poor to spend their income on necessities such as food and shelter leaving little to invest in education or acquiring inflation resistant assets.”

Lastly, “once again the poor are overwhelmingly being made to pay for their bad government. Those who hold real assets like land or currencies that are trusted are not affected.”

According to Jordaan, there are a few reasons of inflation, which consist of “too much money chases too few goods.”

He also added, “It is usually because a government has been printing way too much money to first pay their bills.”

By accepting a stable cryptocurrency also known as a stablecoin support could put Zimbabwe’s inflation in check.

Stablecoin’s typically pegged to a currency or exchange-traded commodities, which minimizes instability.