Bitcoin and other major digital currencies all slumped on Monday in Asia, with pressures coming from reports that G20 leaders had called for taxes on cryptocurrencies during a summit over the weekend held in Argentina.

Bitcoin continues to hover at the $4,000 range after shedding roughly 40 percent of its value since mid-November.

On Monday morning, the media reported that the member of the G20 agreed to work out an international report effort to regulate digital currencies in line with standards stipulated by the Financial Action Task Force (FATF), which is an intergovernmental organization launched in 1989.

The decision is seen as an effort to curb tax evasion by investors and traders of digital currency assets. G20 members included crypto-assets in the joint declaration at the end of the summit.

“We will regulate crypto-assets for anti-money laundering and countering the financing of terrorism in line with FATF standards and we will consider other responses as needed,” said a section of the declaration.

The members of the G20 are also looking for a way to build a system of taxation for cross-border electronic services, with the joint declaration noting that the group will “work together to seek a consensus-based solution to address the impacts of the digitalization of the economy on the international tax system with an update in 2019 and a final report by 2020.” 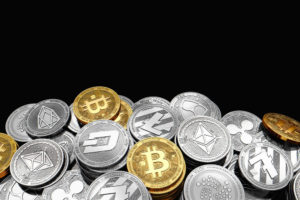 Meanwhile, Litecoin was trading at $52.854 on key exchanges on Monday, higher 35.72 percent on the day. It was the biggest one-day percentage gain since December 3.