China’s Economy in the Fourth Quarter

On Thursday, China Beige Book released a business survey about China’s economic growth in the fourth quarter. This independent survey helps to learn about the second-largest economy in the world.

The latest quarterly review of the economy showed that despite the problems, the economic growth rate improved in comparison with the same period a year ago. Moreover, according to this research firm situation also improved after taking into consideration the previous quarter. This quarterly review was based on a survey of more than 3,300 Chinese businesses.

Moreover, new orders are falling despite the fact that companies are reporting higher revenue in the fourth quarter. The authors of the report underlined one important problem. According to this report, companies experienced problems as they failed to interpret the message sent by their customers.

The third and the last major result is the record levels of corporate borrowing in the fourth quarter. During this quarter, loan applications across China reached an all-time high, while rejections fell to the lowest point. Additionally, for the first time in 7 years, borrowing increased in all four core sectors. These sectors include manufacturing, retail, services, and property. 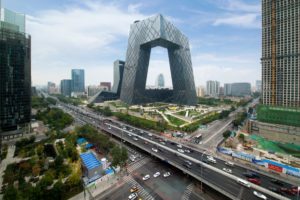 Based on the data in the fourth quarter of 2019, the proportion of non-bank lenders almost reached 40%. For example, in comparison with the same period in 2013, this number rose 29%.

Smaller private companies are one of the main drivers of the country’s economic growth. However, it is quite hard to get loans from banks. In this situation, they have to look for other sources of money. Quite often, they turn to shadow banking. As a result, for the last three quarters, shadow banking represented roughly 2 out of 5 loans.

The list of problems that influenced the local economy is long — for example, concerns about the oversupply, etc.

One of them which had a long-lasting effect is the trade war with the U.S. In the second half of 2019, overall exports fell as U.S. tariffs on Chinese products took effect. Nevertheless, manufacturing revenue increased while hiring and profits also remained in a stable position.

Additionally, the U.S. and China reached an agreement about phase one trade deal. The leader of the countries will sign the deal in 2020. This agreement will help to boost the local economy. The dispute between the U.S. and China should be resolved as soon as possible to avoid the risk of additional problems.