According to DBS CEO Piyush Gupta, the massive Hong Kong demonstrations do not cause any “big movement of money” to Singapore.

This statement comes after suggestions surfaced, saying that Singapore is benefitting from the ongoing protests in Hong Kong.

Singapore and Hong Kong are two countries competing for being Asia’s top financial center. Now, with the Hong Kong protests, concerns about the city-state’s reputation are dominant.

Numerous reports suggested that the wealthy are already moving their money and funds to Singapore.

However, Gupta said that such fund movements are only happening “at the margin.” He added that they usually didn’t see such progress unless “there’s a massive regime change.”

Gupta also emphasized that they don’t foresee any similar event happening in the future. On top of that, Hong Kong is a “very credible and viable” financial center. That means such a notion that Singapore is benefitting at the city-state’s expense is perhaps overrated.

DBS and other Singapore banks have stretched their operations in Hong Kong in the past few years. As a matter of figures, Hong Kong accounts for 24% of the bank’s net profit for the latest quarter.

Gupta further reiterated that the Hong Kong protests had not affected the bank’s operations. On the flip side, he admitted that prolonged turmoil could dampen confidence among businesses and consumers. That’s going to be bad news for the bank.

At the time of writing, 1 Hong Kong dollar is equivalent to 0.1753 Singapore dollar, up 0.09% from the previous close. Charts suggest an uptrend, with the price trading above the 50-day and 200-day moving averages on the daily chart. 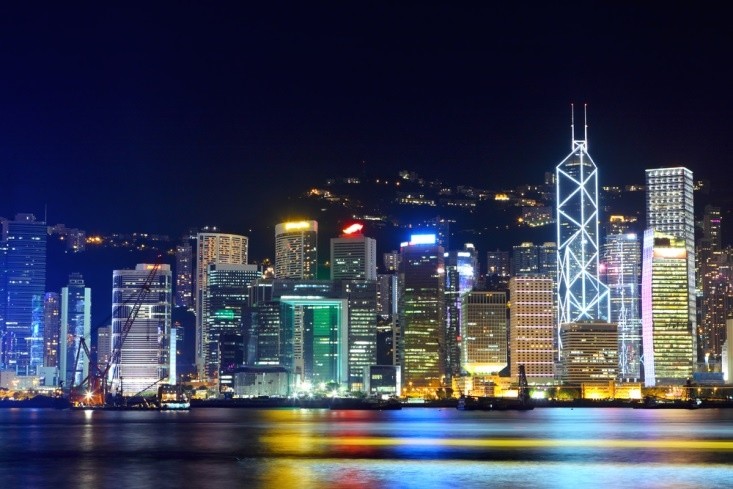 Singapore and Hong Kong are the bank’s two most significant markets.

Developments around the world drive the interest rates in these markets, instead of domestic monetary policies.

This is where the US Federal Reserve comes in. The direction of the interest rates in the US is equally important as the rates in Hong Kong and Singapore.

Gupta said that margins have already peaked. In other words, the Fed cutting rates would most likely mean a reduction in overall margins.

A Timeline of Hong Kong Protests

Hong Kong is not a newcomer when it comes to massive demonstrations and protests. Throughout the years, Hong Kong has earned a spot when it comes to democratic uprisings against various laws that do not fit a Hong Kong citizen’s sensibilities.

In 2003, about half a million people protested against any attempt to introduce a national security law. The law, according to critics, could compromise freedom of speech.

Since the handover of Hong Kong to China from being a British colony in 1997, the 2003 protest was the first mass demonstration. The government eventually ditched the national security law.

In 2012, thousands of young demonstrators (many were schoolchildren) protested around the government complex for 10 days. The protest was against an order for “Moral and National Education” classes.

The order praised China’s communist and nationalist history. At the same time, it criticized republican and democratic movements. The government also ditched the order.

In 2014, massive protests paralyzed parts of the city in an attempt to demand reforms, including the right to elect the city’s leader.

This so-called Umbrella Movement failed to win. The government put many of its leaders in prison.