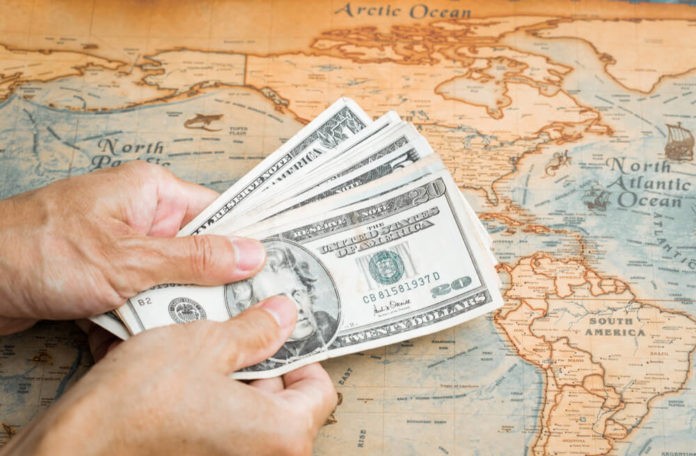 The dollar was down on Friday morning in Asia’s forex exchange. The euro hovered close to a four-week low against the dollar. This was over hints from the European Central Bank (ECB) that it could roll out further monetary easing by the end of the year.

The USD/JPY pair fell 0.15% to 104.45. U.S. Treasury yields and broad dollar buying rebounded and the greenback rallied from a five-week dip overnight.

On Thursday, the ECB announced its monetary policy, keeping interest rates steady. But, it is committing to craft a response to the second wave of COVID-19 cases in the region. This will be by its December meeting and conforming to investor expectations.

ECB President Christine Lagarde said, all of them agreed that it was necessary to take action. And, therefore, to recalibrate their instruments at their next Governing Council meeting.

An advance estimate of Q3 GDP released on Thursday showed a 33.1% rise quarter-on-quarter. This has been the fastest pace since records began in 1947.

Moreover, separate data showed that 751,000 Americans filed for unemployment claims in the week ended Oct. 24. This was against the 791,000 claims from the previous week.

Uncertainty over the Nov. 3 U.S. presidential elections and concerns over the mounting number of COVID-19 cases capped gains. Albeit, the dollar was on track to post its second monthly gains.

The number of global cases rose by over 500,000 for the first time. France and Germany begin government-mandated lockdowns on Friday and Monday respectively. The U.S. also reported rising cases in 47 of its 50 states.

Investors now await data due to be released later in the day. Data include the EU’s Q3 GDP and October inflation.

Across the Atlantic, the U.S. is due to release September data. This will be on personal consumption and expenditures, as well as the Chicago Purchasing Managers Index (PMI).